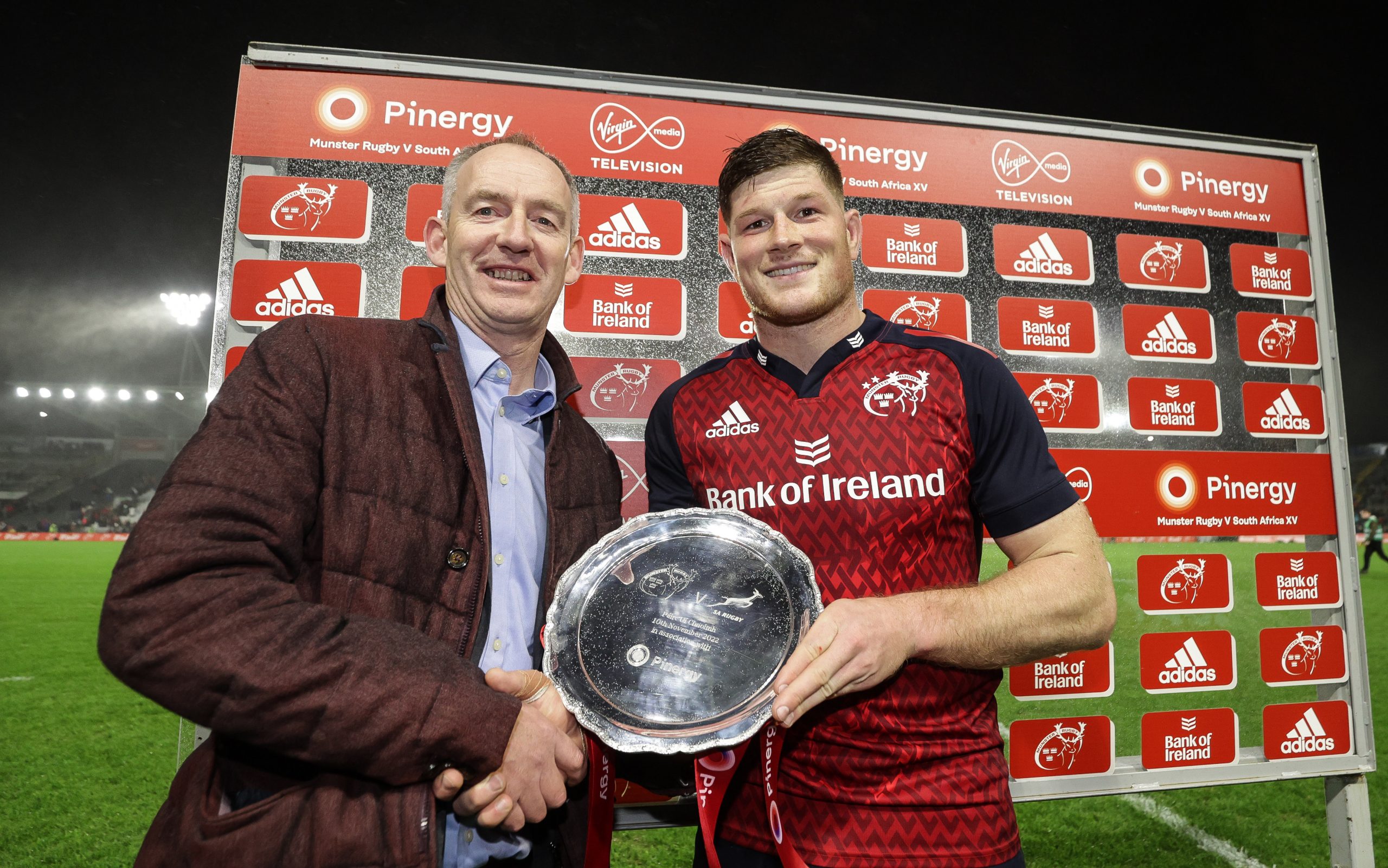 Munster beat a South African touring side for the first time on a famous Thursday night at Páirc Uí Chaoimh.

A sell-out crowd of 41,400 was the largest ever attendance for a rugby match in Munster as the province played the first-ever game at the famous Cork venue. 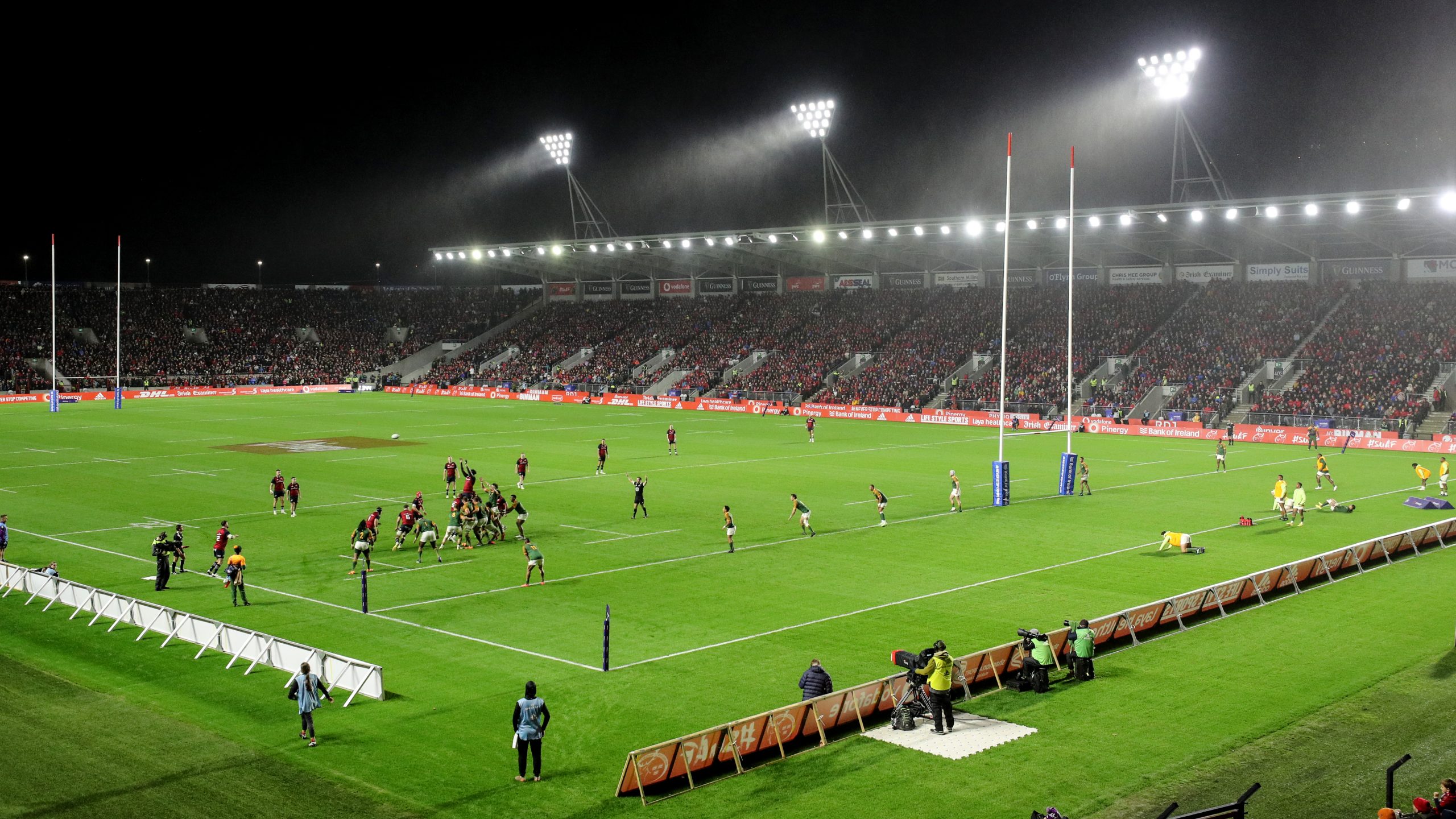 Shane Daly, Simon Zebo, Diarmuid Barron and Mike Haley were the try-scorers on a fantastic occasion.

It was Munster’s first game against South Africa in 52 years and they had never beaten a South African side previously. The victory sees Munster complete full set of victories over major touring nations having previously beaten the All Blacks and Australia.

It was a magic night in Páirc Uí Chaoimh with the rain failing to dampen spirits in a crowd desperate for Munster to defy the odds and beat a South Africa side that included 14 internationals.

Shane Daly made history with the first try at the famous venue after less than three minutes as he scored in the right corner after a slick backline move with Antoine Frisch, on his first start, offloading out the back door for Mike Haley to feed Daly on the right wing. Daly, just inside the SA 22, still had plenty to do but he had the gas to dive over in the right corner and spark raucous celebrations on the field and in the stands. 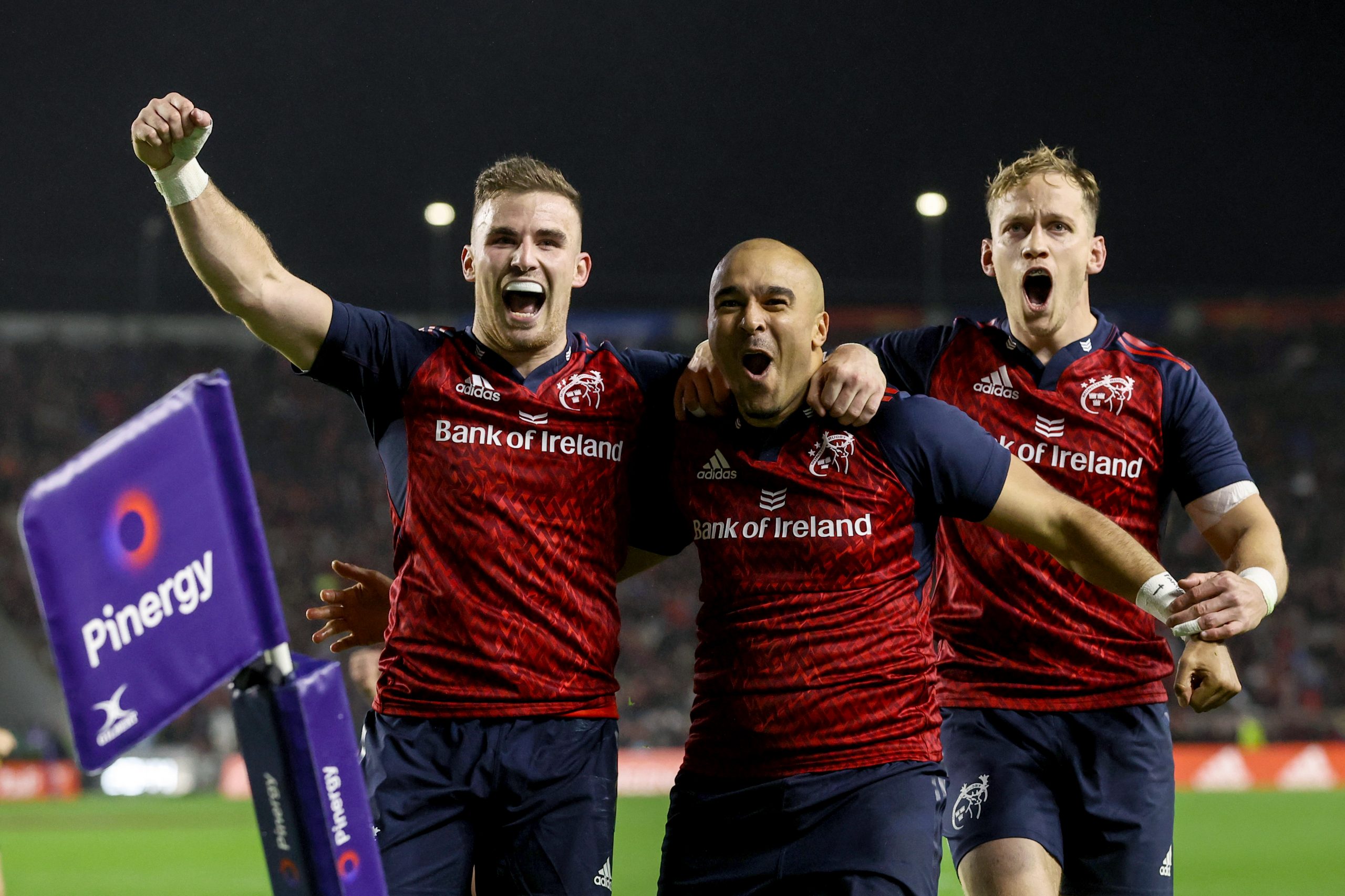 Ben Healy, with the wind at his back, struck the conversion from well out wide through the posts to complete the perfect start.

The visitors were ominously dominant in the scrum and were awarded penalty after penalty in the set-piece. And they were level after 13 minutes following a sustained period of pressure with flying full-back Aphelele Fassi diving over in the right corner. Johan Goosen’s conversion just had the legs to drop over the bar and we were level.

Munster responded well to the setback and had the upper hand despite South Africa’s scrum dominance and the hosts were back in front after 29 minutes when Simon Zebo dived over in the left corner for his 70th Munster try.

Ben Healy provided the assist with a beautifully floated pass with the out-half nailing the touchline conversion for good measure to make it 14-7.

A typically rampaging run from Jack O’Donoghue nearly led to a third Munster try but his pass was forward. Then, the Munster scrum got the upper hand to win a penalty and we went to the corner.

Another brilliant effort from the pack got Munster over the line as the rolling maul trundled the five metres to the line and Barron touched down.

Healy again converted expertly to make it 21-7 and thing couldn’t have been going much better for the hosts.

South Africa were desperate to end the half on a high and it looked for all the world that they would score on the stroke of half-time as their maul powered through the Munster pack but the ball went loose and Munster escaped for a 21-7 half-time lead.

Playing against the elements after the break, Munster were sure to be under the cosh in the second 40 but they made light of the conditions in the opening minutes of the second half.

Pinergy Player of the Match Paddy Patterson made a thrilling break down the blindside and managed to regather his own kick ahead. Then Healy threaded the perfect kick in behind for the onrushing Haley to slam down the the fourth Munster try.

"It's some craic! All we wanted to do tonight was play a bit of ball and we did that."

Player of the Match Paddy Patterson speaking to @TommyMartinVM after a historic night for @Munsterrugby. 🔴

Healy’s conversion made it 28-7 and it was a cushion that Munster would need to rely on as the game went on.

South Africa piled on the pressure and were very nearly over for their second try on 55 minutes. It took a superb tackle from replacement Patrick Campbell to stop Suleiman Hartzenberg with the try initially awarded but then ruled out by the TMO for a foot in touch.

Sikhumbuzo Notshe was then stopped just short of the line before Munster’s problems in the scrum saw Liam O’Connor sin-binned. With a man advantage, South Africa capitalised immediately as Notshe scored from close range. Gianni Lombard’s conversion reduced the deficit to 14 and there were still just under 20 minutes to play.

Munster kept playing and could have been in for a fifth try after turning down a shot at goal but the five-metre lineout didn’t go to plan and South Africa survived. The final 10 minutes were played in Munster territory but the scrum came up trumps to win a decisive penalty after 75 minutes as Graham Rowntree’s men clinched a famous victory. 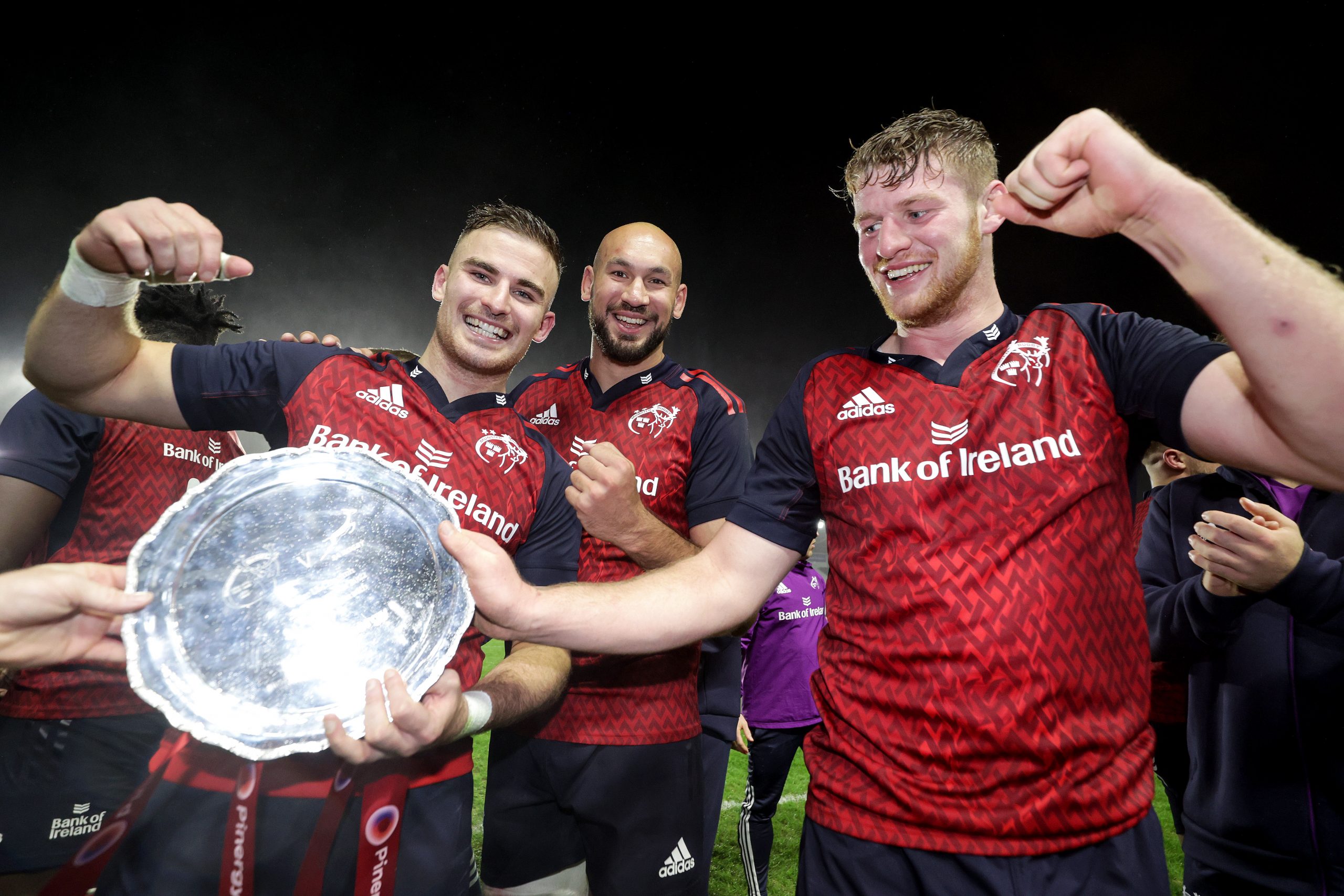