Energy Market Insights: The relief of February shattered by War 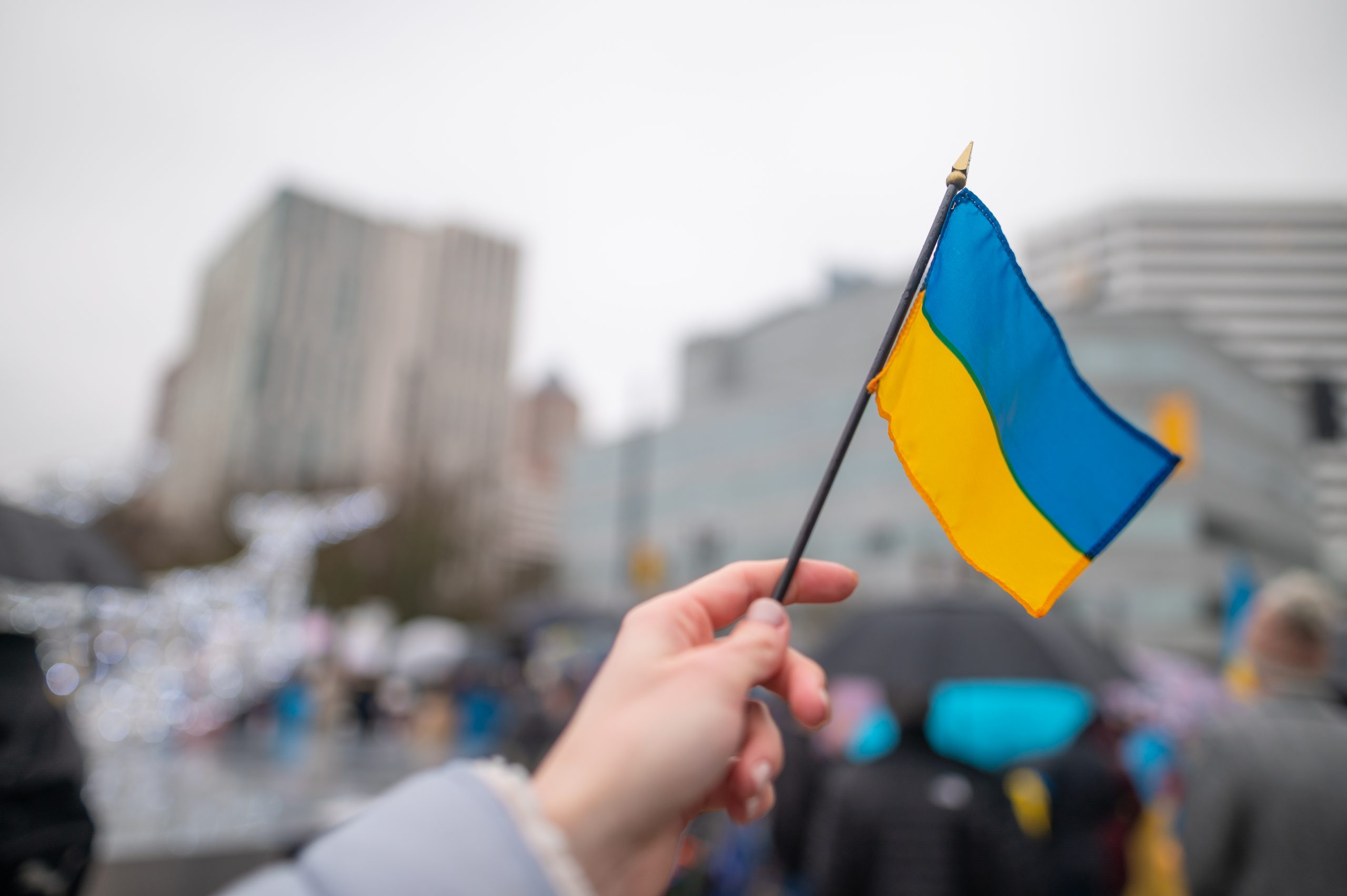 Average power decreased in February down 17% on January, coming in at €175/mWh, 286% up on the same period in 2021. While February gave some relief, the energy crisis continues and has escalated due to the war in Ukraine.

How Gas impacted the Energy Markets in February 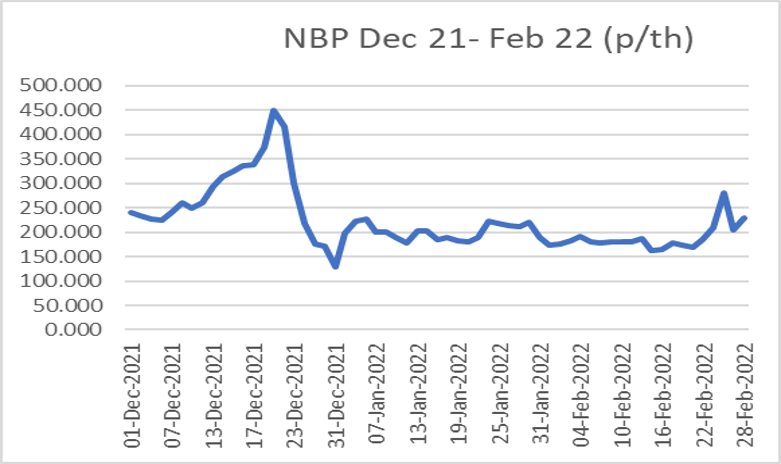 February was a bumper month for Wind generation. 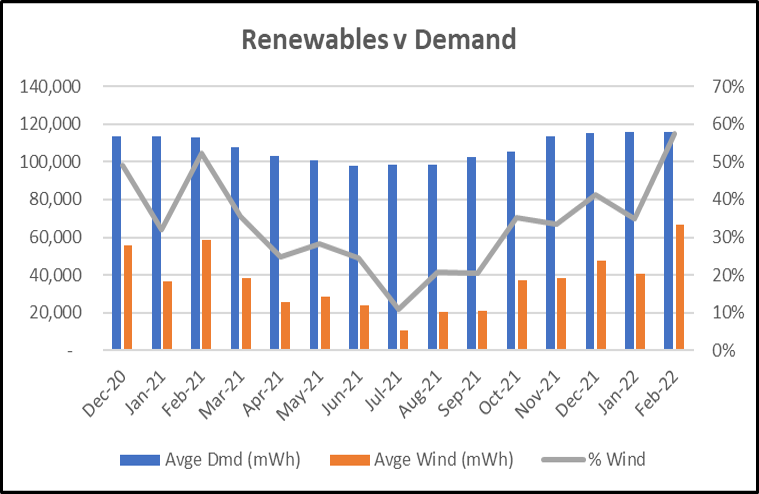 Generation Capacity is significantly improved versus 2021.

What’s the forecast for the next 12 months? 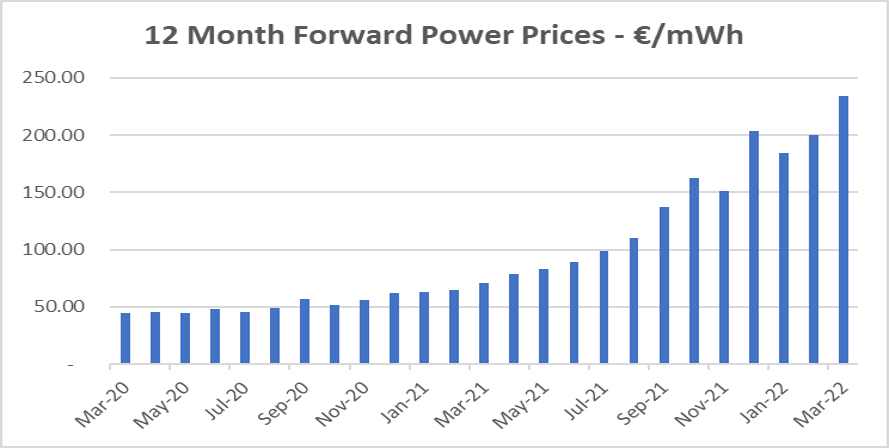 Key market drivers for next 12 months