The Energy crisis deepened in September

Prices have remained at historically and unseasonably high values not ever seen before. 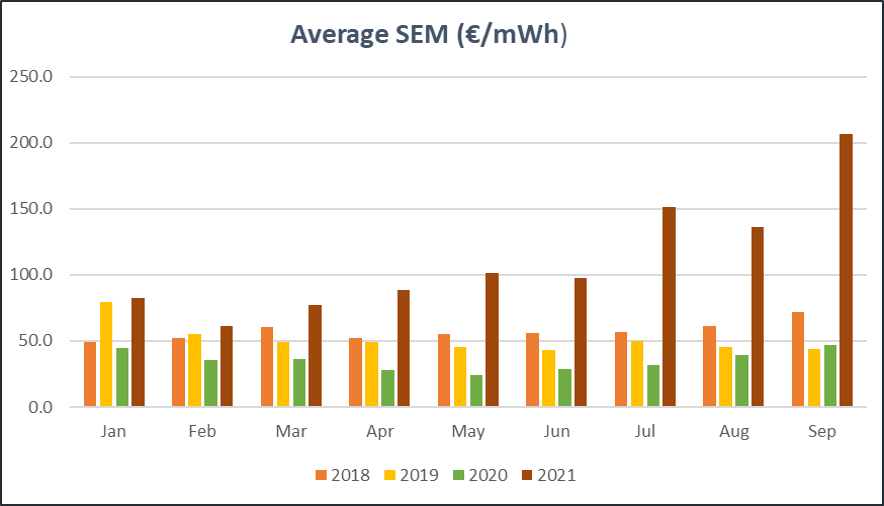 We saw this level of pricing in September for the following reasons:

1. Wind generation contributed just 20% of the generation mix, marginally down on an already low August…. 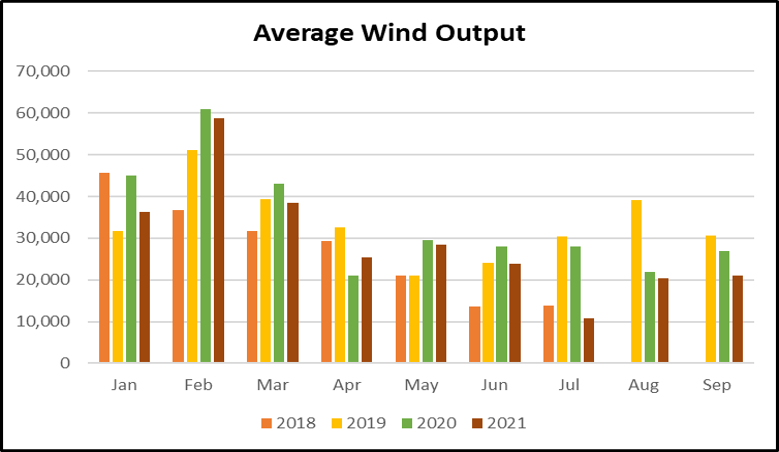 ….Meaning, renewable generation in 2021 is at multi-year lows 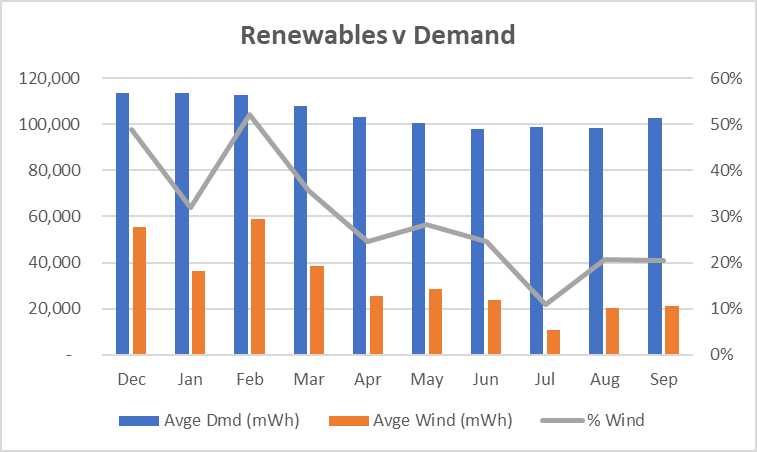 3. Day ahead Gas prices continued their seemingly non stop spiral to record highs. After prices crashed past the £1/th milestone in August, they breached £2/th just one month later. Gas prices are up over 400% on the prior year.

12 months forward prices continue to increase each month in 2021 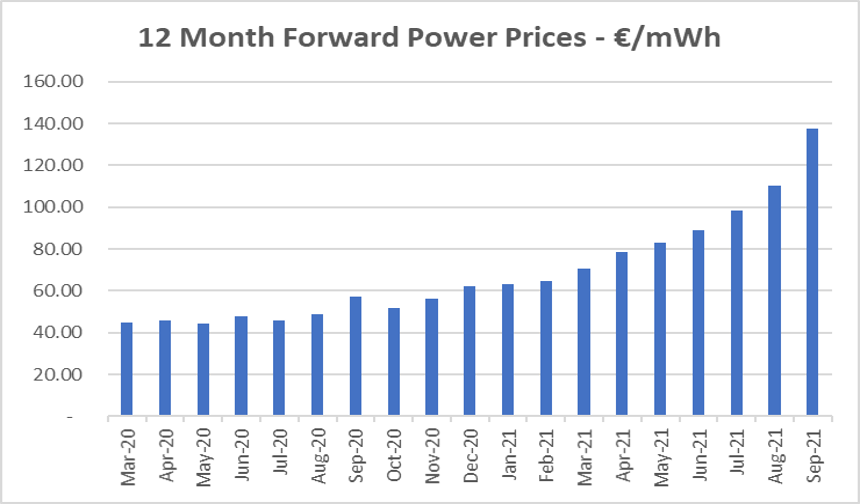 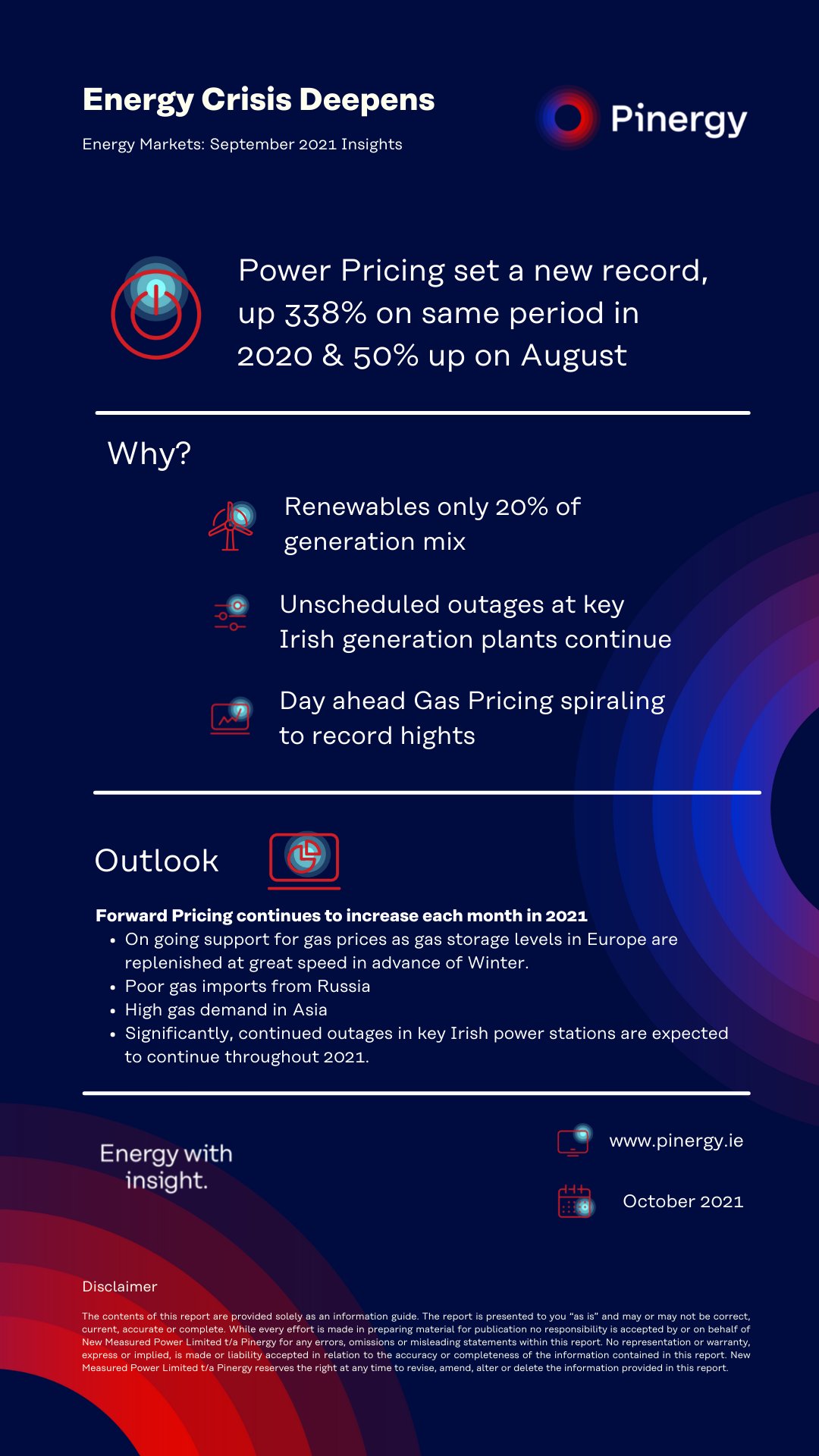