ON the day he was named RBS Six Nations player of the tournament, Paul O’Connell was busy inspiring students in LIT.
Pinergy 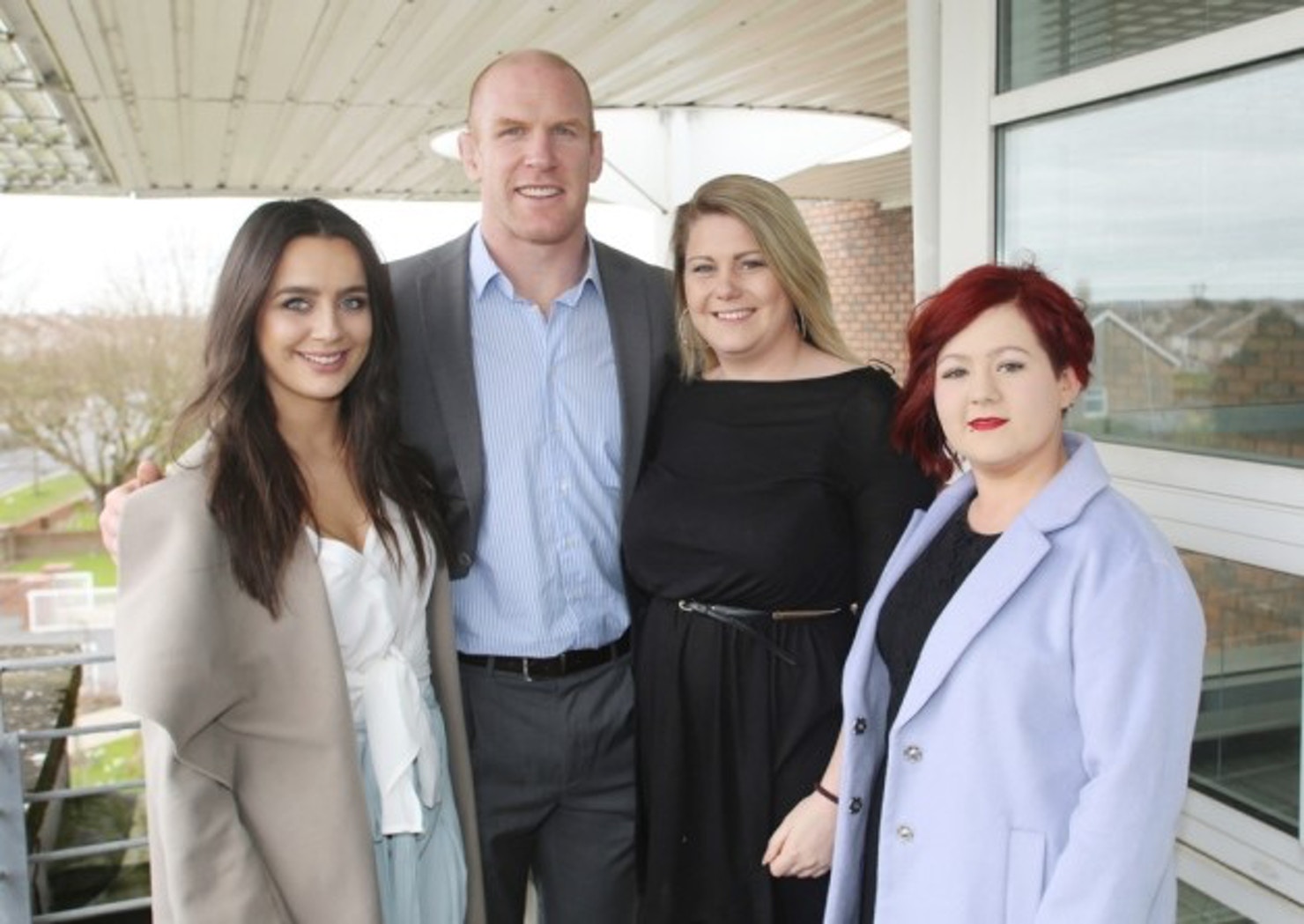 The towering second row handed out a number of scholarships at LIT last Friday, with students admitting to being speechless to have met him.

“He’s a giant of a man and when he comes into the room where does he sit down but right beside me. I just couldn’t get the words out,” said Ciara Farrell, who joined Jasmine Davis and Sorcha Kidney in winning the scholarships, two of which were backed by Paul’s company PINERGY and a third by Limerick company Property Management Ireland.

“He’s lovely though. Very down to earth and was asking me what I was doing. He was genuinely interested,” added Ciara.

The Irish captain advised the assembled students of the need to “concentrate on what matters most”.

“When I was starting out I worked part time at Nancy Blakes and it was great to get the work but it was when I received my academy contract that made all the difference. I was then able to concentrate on what mattered most,” he said.

“Training for sport is a parallel to education. It’s about preparing yourself and the more support you get along the way the better. I’m really delighted to be involved and wish the students every success.”

Ms Kidney, a Fashion Knitwear and Textiles Student at LIT, said her “family are mad rugby fans and then my brother Robbie rang me and was green with envy as he’s a rugby fanatic”.

“I was working and watching the match on Sunday in a bar in the city centre here in Limerick and the place was going crazy. Little did I think a few days later I would be meeting the Irish captain. That was a massive surprise, a pleasant surprise. He’s really lovely. I’m just in awe.”

“It was great for our students that he was able to take time out to come in today to present the scholarships. It was a privilege to have him here,” she said.