Several cities around the world are working for a better future, using smart ideas, investment and graft to make the world cleaner and more sustainable.
Pinergy 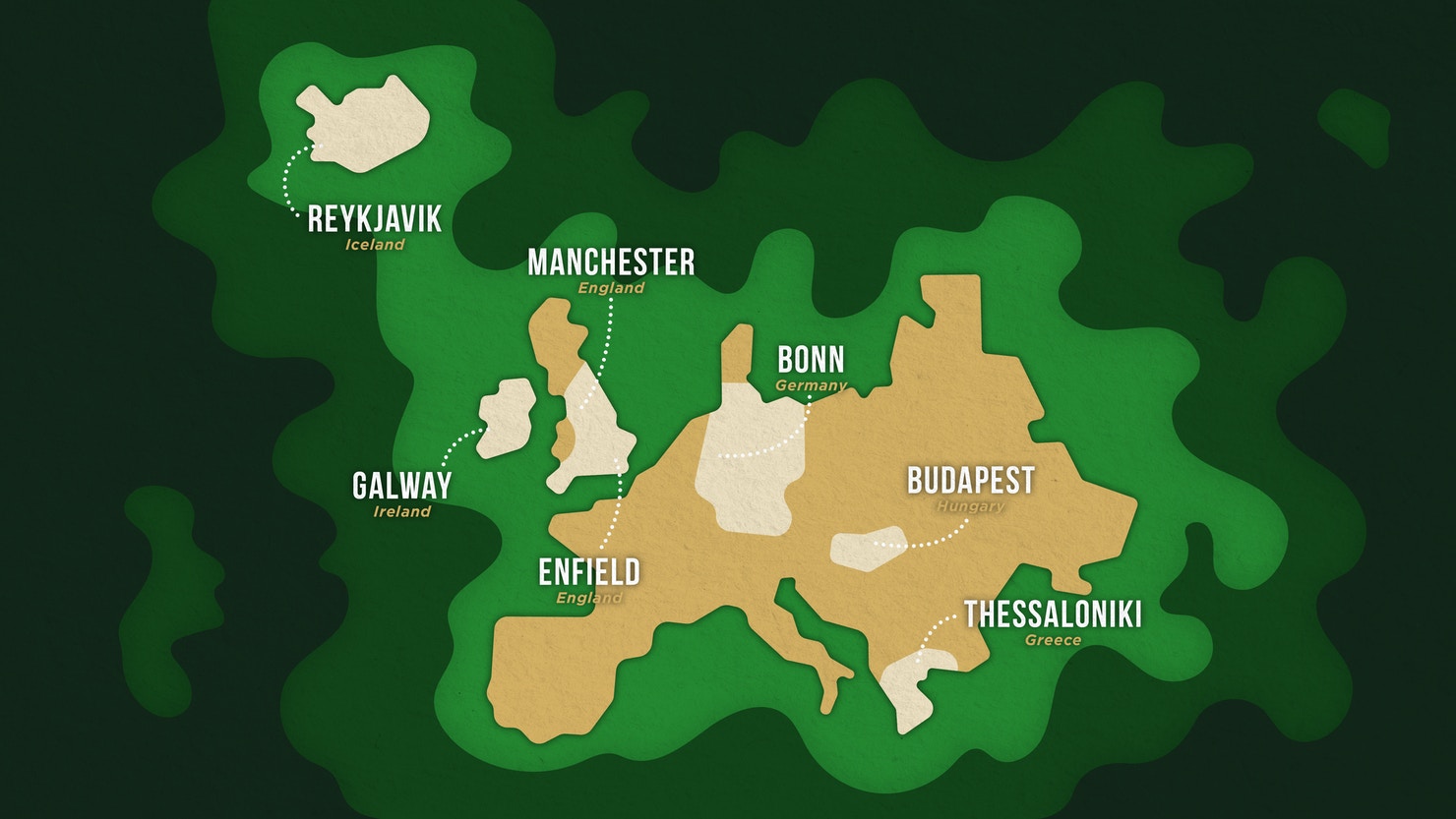 It’s understandable to feel pessimism, or even panic, when looking at the climate crisis. But several cities around the world are working for a better future, using smart ideas, investment and graft to make the world cleaner and more sustainable. 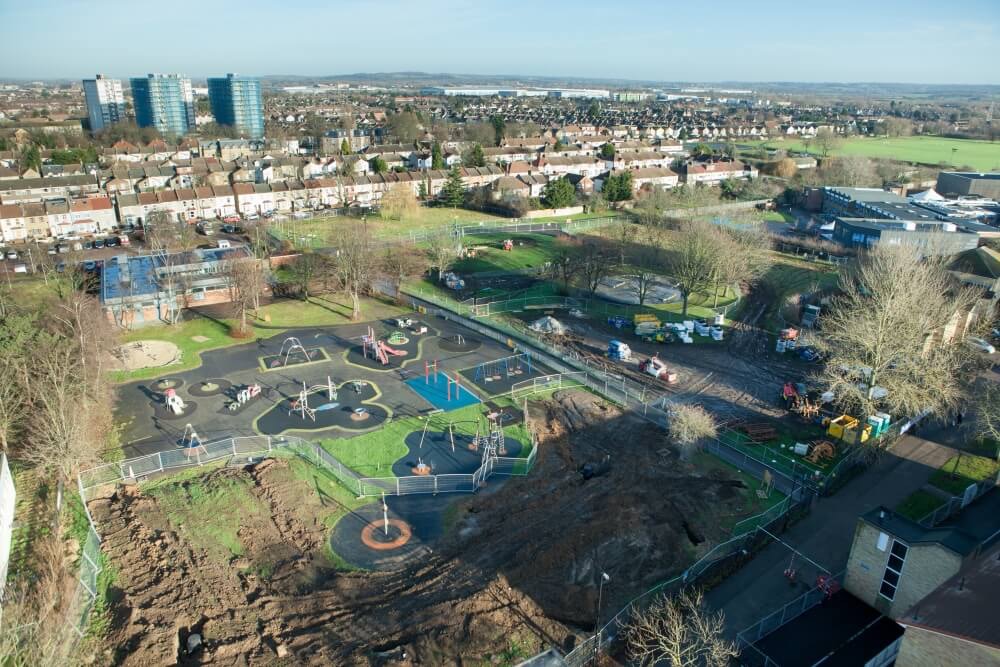 This is a great example of a win-win, and how green energy can not just help heal the planet but make everyday lives easier.

Eight whole tower blocks in Enfield, previously using electric heating, now use underground heat pumps. This green energy capitalises on the Earth’s natural heat. What’s more, the upgrade came with smart meters: so, residents have more control over the heat of their apartments and know how much energy is being used.

Previously, heat was set at a constant, which often led to apartments becoming too warm and residents opening the windows to let the heat out. This, of course, was a needless waste of resources.

Now, the energy is clean and, with more control, residents are paying £300-400 less per year in heating costs. 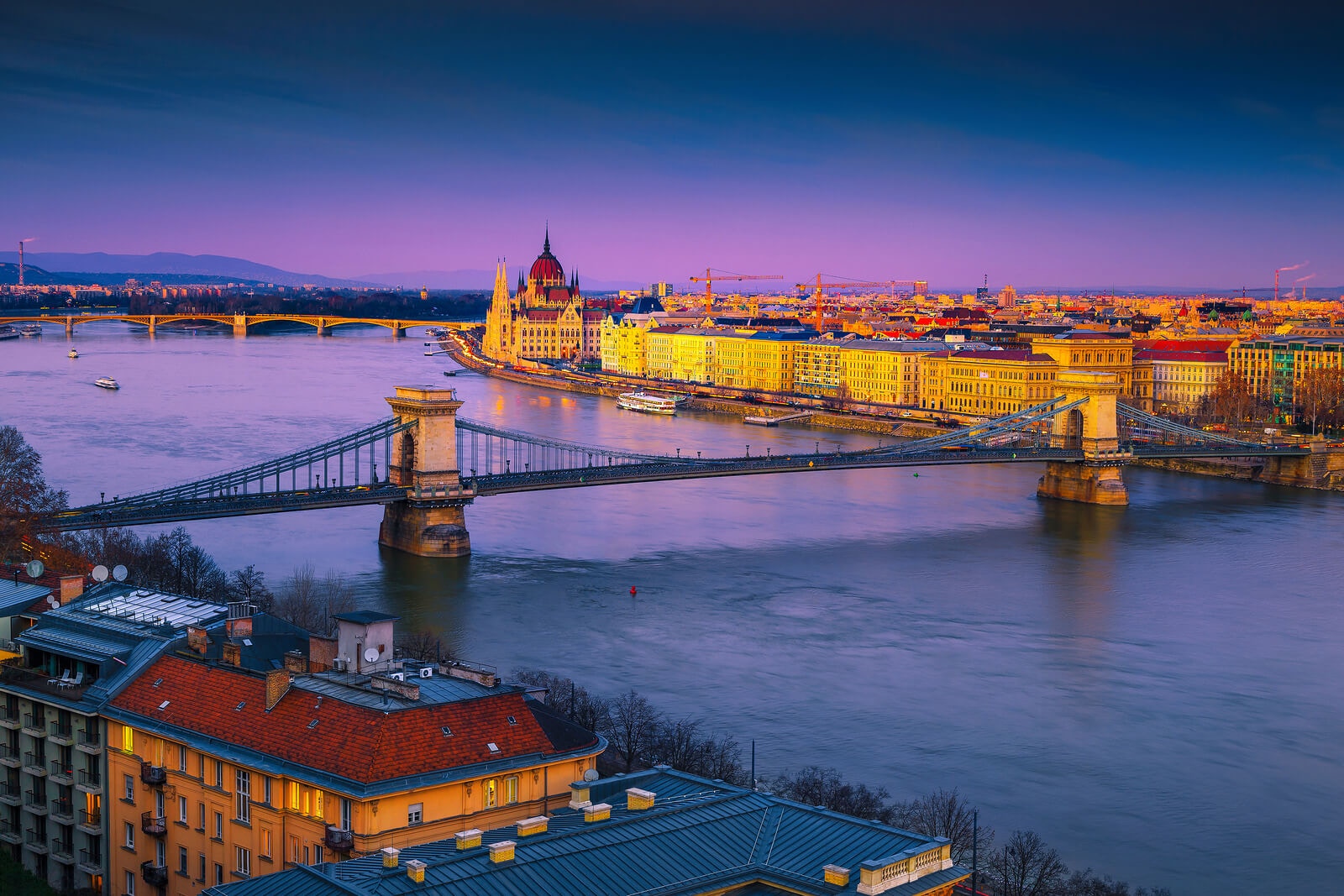 Budapest has implemented a multifaceted approach to its sustainability plan to lower their emissions and make their city more liveable. Their aim is, by 2020, for every one of their procurement projects to integrate sustainability and green aspects.

These include 70% green public transportation by 2020; at least 30% of procurement processes determined on sustainable principles; and extensive training of public staff on sustainability.

This is part of the Global Lead City Network on City Procurement (GLCN). Mayor István Tarlós said of the initiative: “Budapest is eager to get involved in the GLCB project because the city strongly supports environmental protection, the fight against climate change and puts a premium on highlighting the issue of environmental damage; the creation of a liveable urban environment and sustainable urban development.” 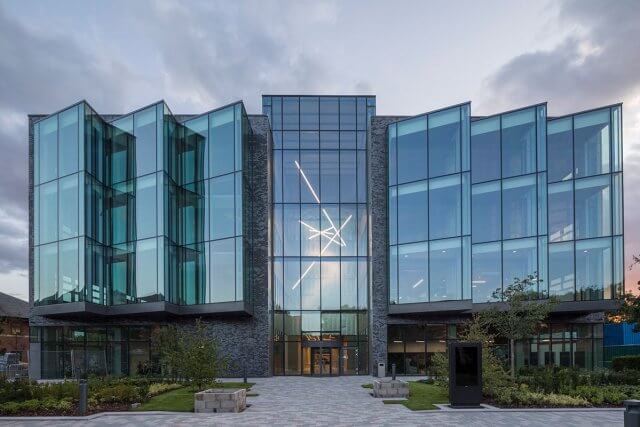 The property development company Bruntwood is developing several smart buildings for central Manchester, which will use IoT and green energy to reduce the buildings’ carbon footprint. Additionally, they are distributing solar panels to several buildings across the city, with a long-term aim for their buildings to become carbon neutral.

Central to this is the “Bright Building”, which has a Tesla powerpack enabling the building to go “off-grid” at certain points of the day. This building is intended to be carbon neutral in 2019, with more to follow.

This is part of Smart Sustainable Cities, project, which is described as “a UK Foreign & Commonwealth Office initiative, brings together senior city experts and policymakers from selected European and UK cities to showcase UK best practice and provide a two-way opportunity for knowledge sharing and networking.”

GREENING THE ROOFS OF THE CITY IN BONN 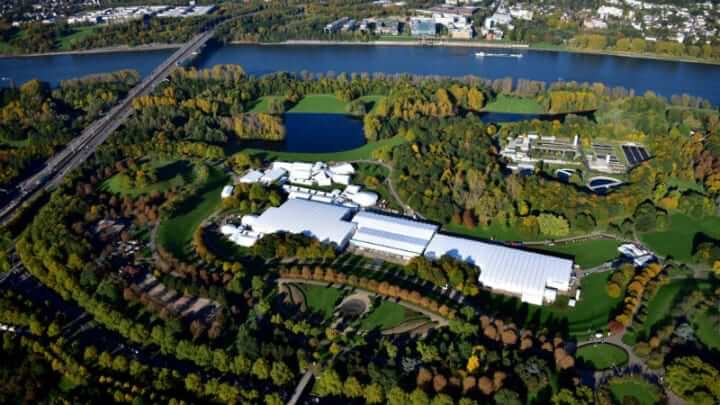 Green roofs are a wonderful, practical way to make buildings more energy-efficient. The City of Bonn has been offering incentives to its residents and businesses since 2013, with a view to reducing carbon emissions by 20% by 2020.

Now, 44,000 square metres of rooftops in Bonn are green, with plants on 148 private and public rooftops across the city.

In some cases, the greening has had positive effects on biodiversity as well: for instance, the ministry’s main building has 5,700 square metres greened, with sedum plants, chamomile, thyme and yellow daisies planted to attract insects. 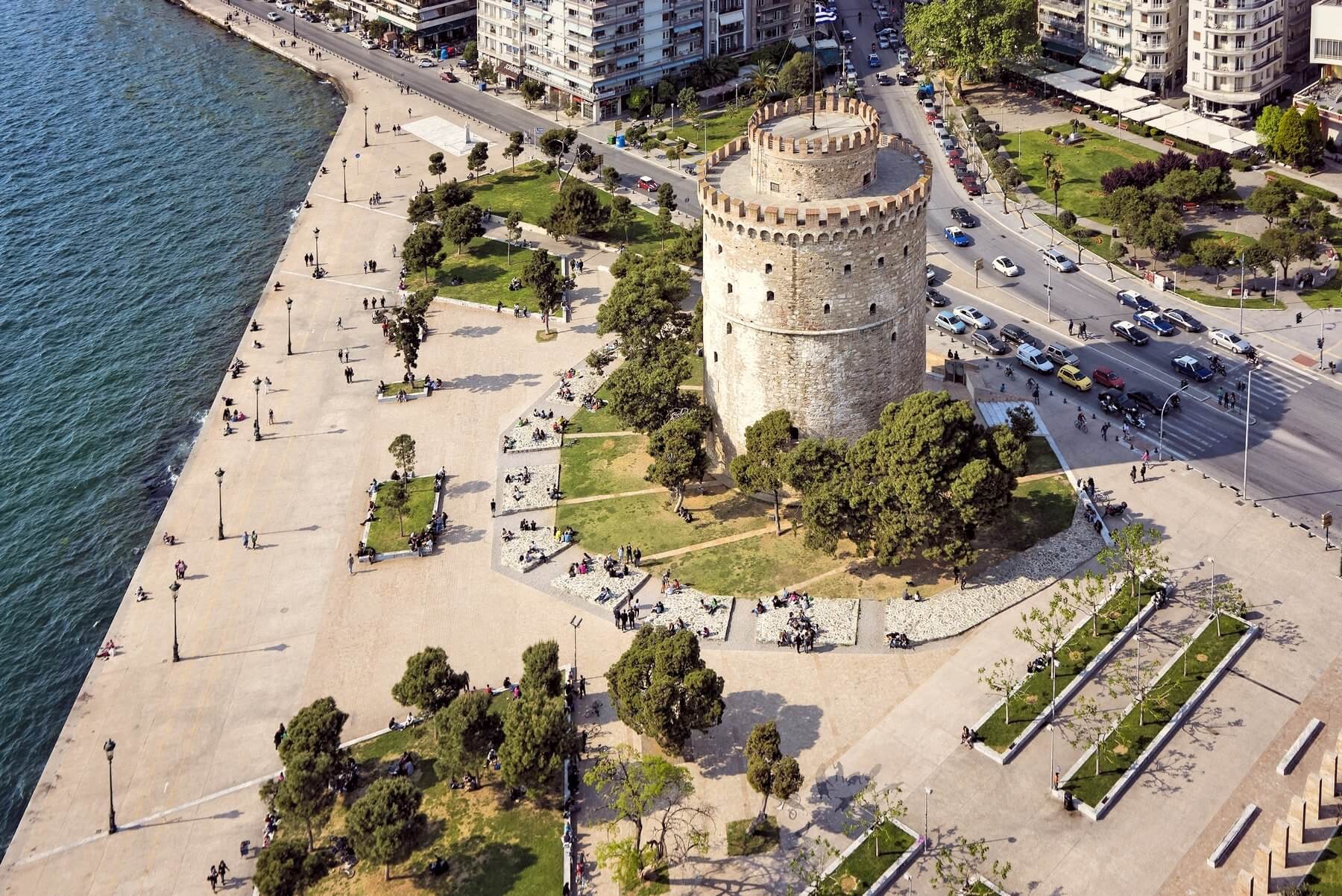 Thessaloniki, the second-biggest city in Greece, has faced several challenges due to climate change. Temperatures have been rising, heatwaves running for longer, and the city is under threat from flooding due to extreme rainfall.

Initiatives implemented since 2017 aimed to retrofit this ancient city. These included installing bioclimatic systems to promote water evaporation (such as water jets and sprinklers); using fans for forced air movements, and even coating buildings with cold materials. Additionally, a pedestrian network was created, and several trees were planted.

Consequently, Thessaloniki has reduced air temperature by 3°C. They’ve also made 141 MWh/year of energy savings and reduced CO2 by an approximated 156 tonnes/year. 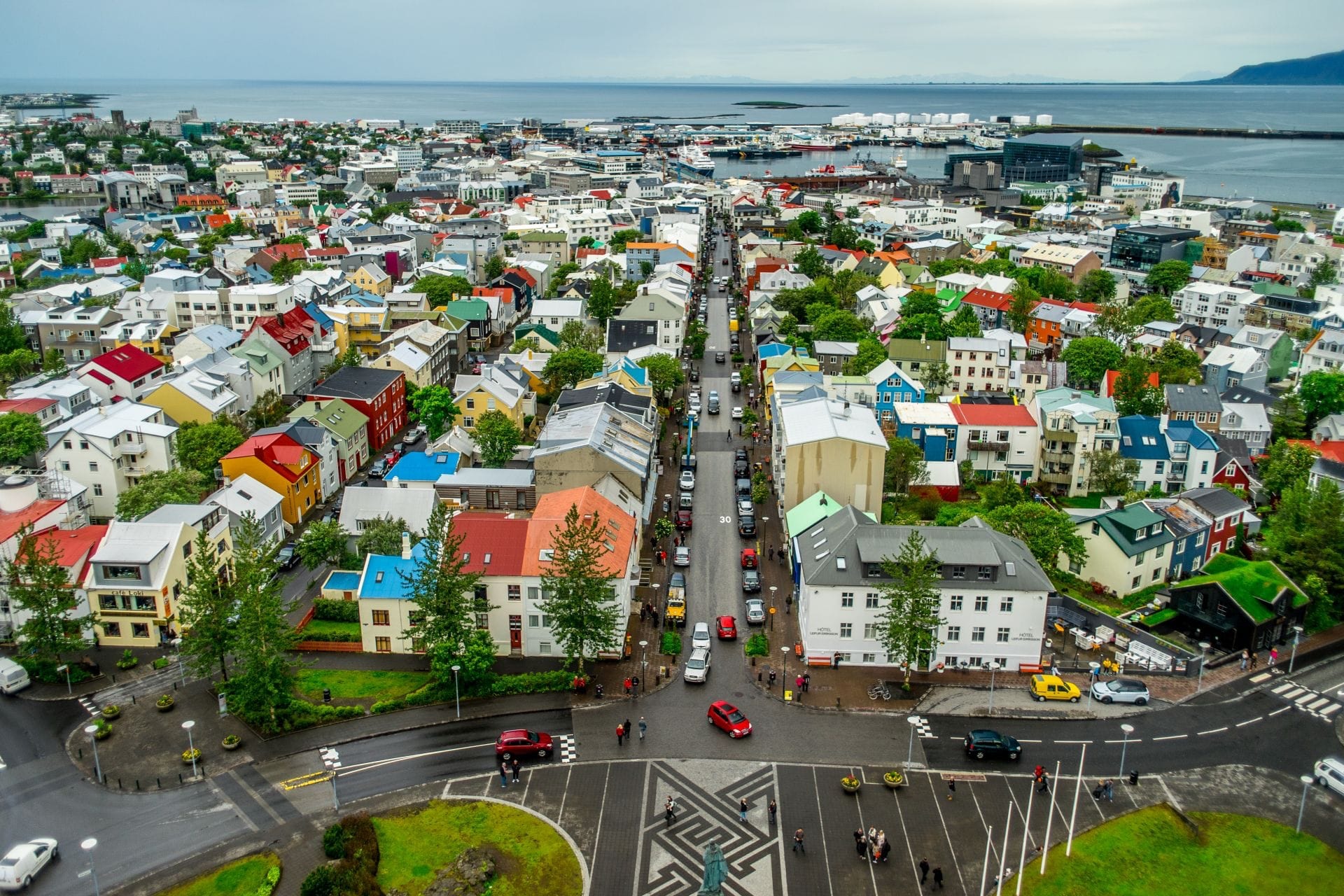 Geothermal energy sources power from hot springs, volcanoes and geysers. This natural resource, along with hydropower, provides almost 95% of the energy and heating for the capital of Iceland.

Not content with running the city on green energy, Reykjavik has also invested heavily in public green spaces and in green R&D. 90% of the city’s residents are a 5-minute walk from a green public space. Meanwhile, the city has become a global leader in renewable energy research, with government-sponsored programmes focused on new green energy projects.

Unsurprisingly, Reykjavik is among the 100 international cities aiming for 100% green energy by 2050. At this rate, they’re ahead of schedule.

TRANSPORT AND WASTE INNOVATIONS IN THE WEST OF IRELAND 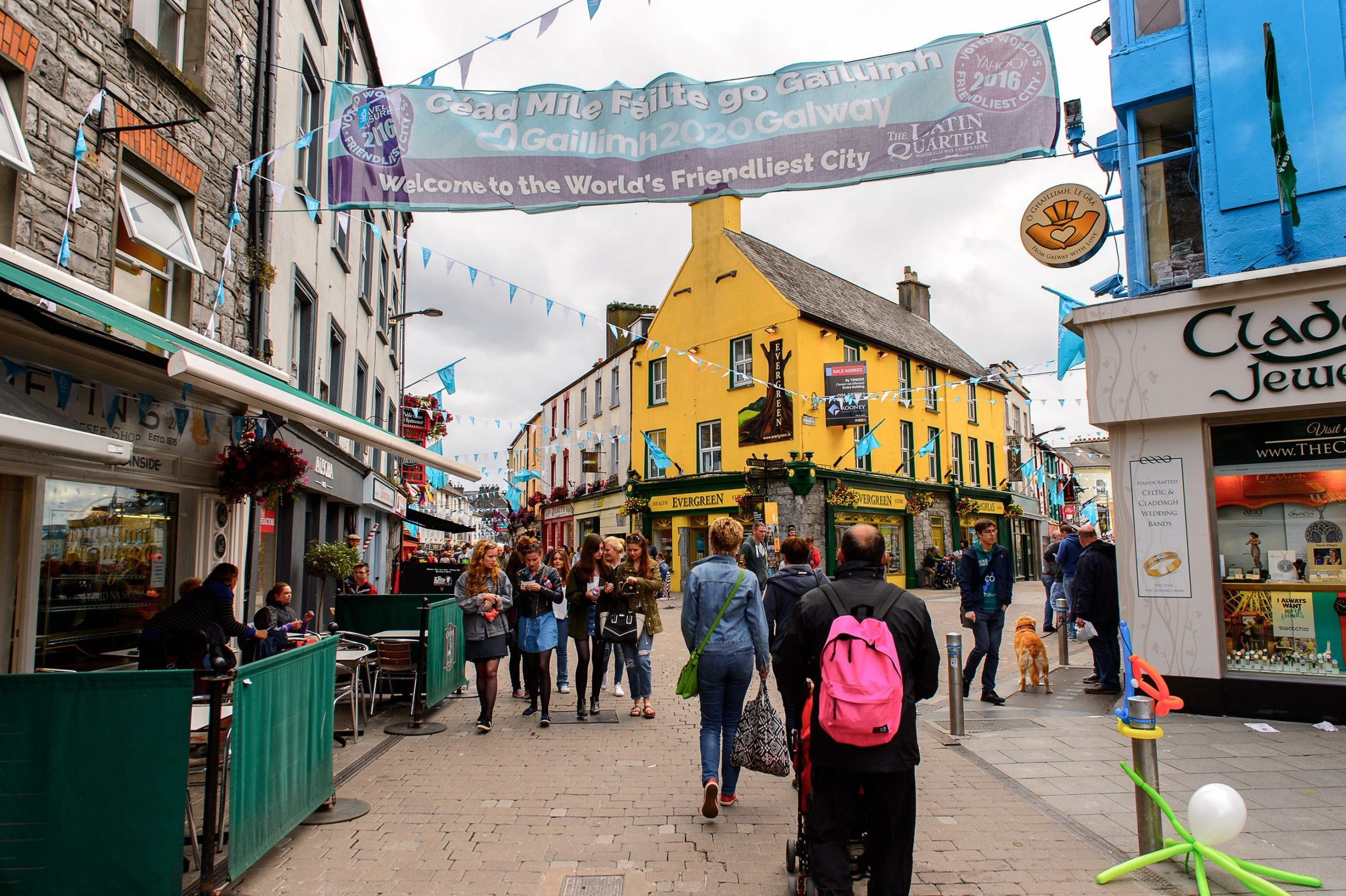 A recipient of the European Green Leaf 2017, Galway, in the west of Ireland, has shown innovation and initiative in making their city greener. Their positive results are a consequence of good ideas and strong incentives.

On the transport side, the city widened 1.7 km of one of their main roads, which they then turned over to bus and cycle lanes. For safety and to encourage more cyclists, the bike lane was elevated, which keeps it separate from potentially hazardous motorists.

The city has also reduced the amount of waste going to landfills. This was achieved with its “polluter pays” scheme, which saw a “paying-by-weight” system introduced. Galway also launched several education plans in tandem, including numerous public, interactive events showing how to reduce food waste.

HOPE FOR THE FUTURE

While there is no denying that we are facing a climate crisis, initiatives like the ones described here do give cause for hope. This is a pivotal time in human history, and hopefully, other communities will show the same ingenuity, investment and hard work that we see in these sustainable cities.

See also our previous blog posts and learn how Irish cities and companies around the globe are fighting climate change.