Energy Markets: Can someone turn on the taps? 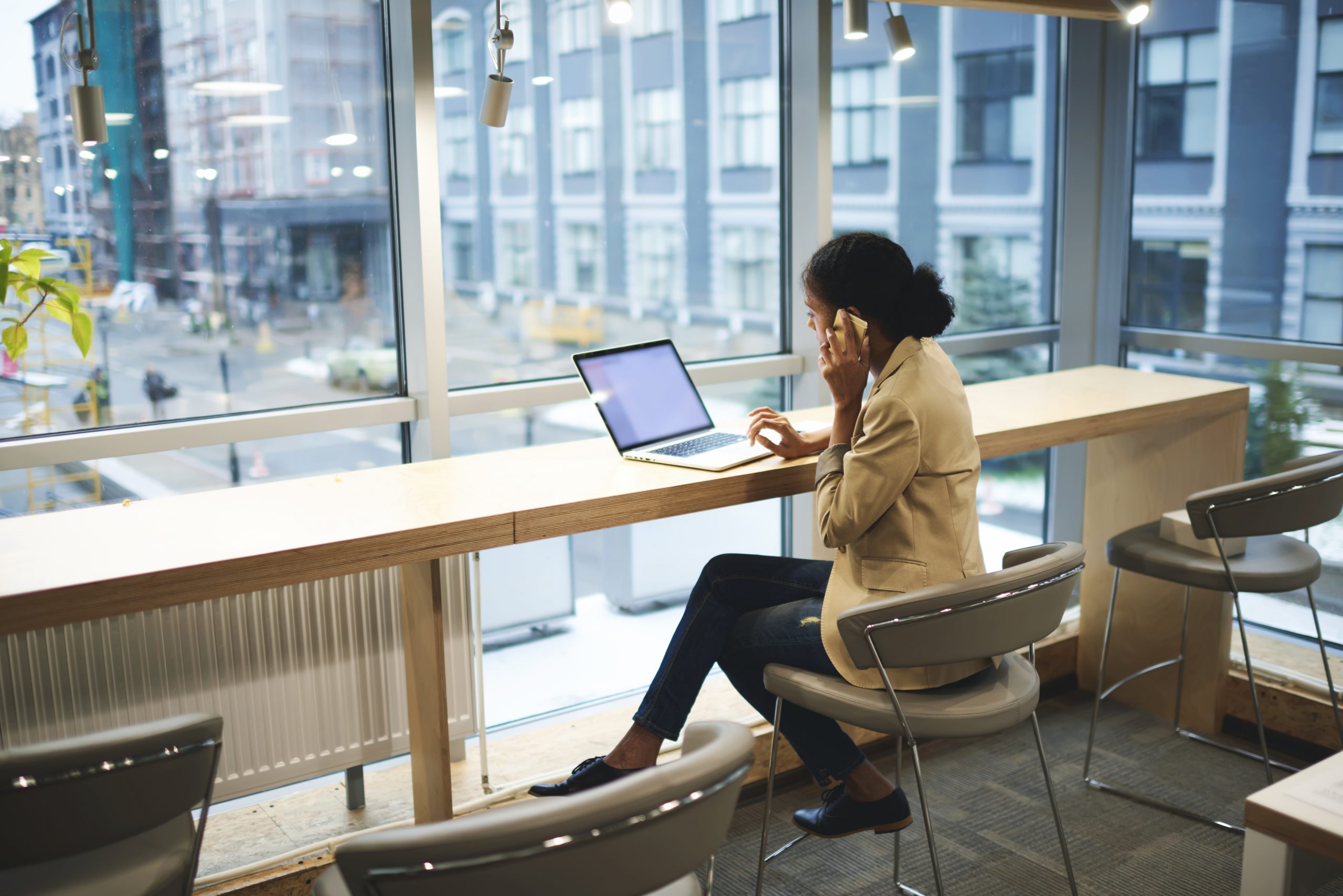 The focus turned East during October

Average power prices set a new record high in October. In the month, they averaged €222 per mWh, up 320% on the same period in 2020 and 7% on the previous month. Prices have remained at historically and unseasonably high values not ever seen before.

Prices reached a peak of 277p/th on 5th October. Thankfully, they retreated in the latter few days of the month, on news that Vladimir Putin ordered Gasprom to commence deliveries of gas to Europe. 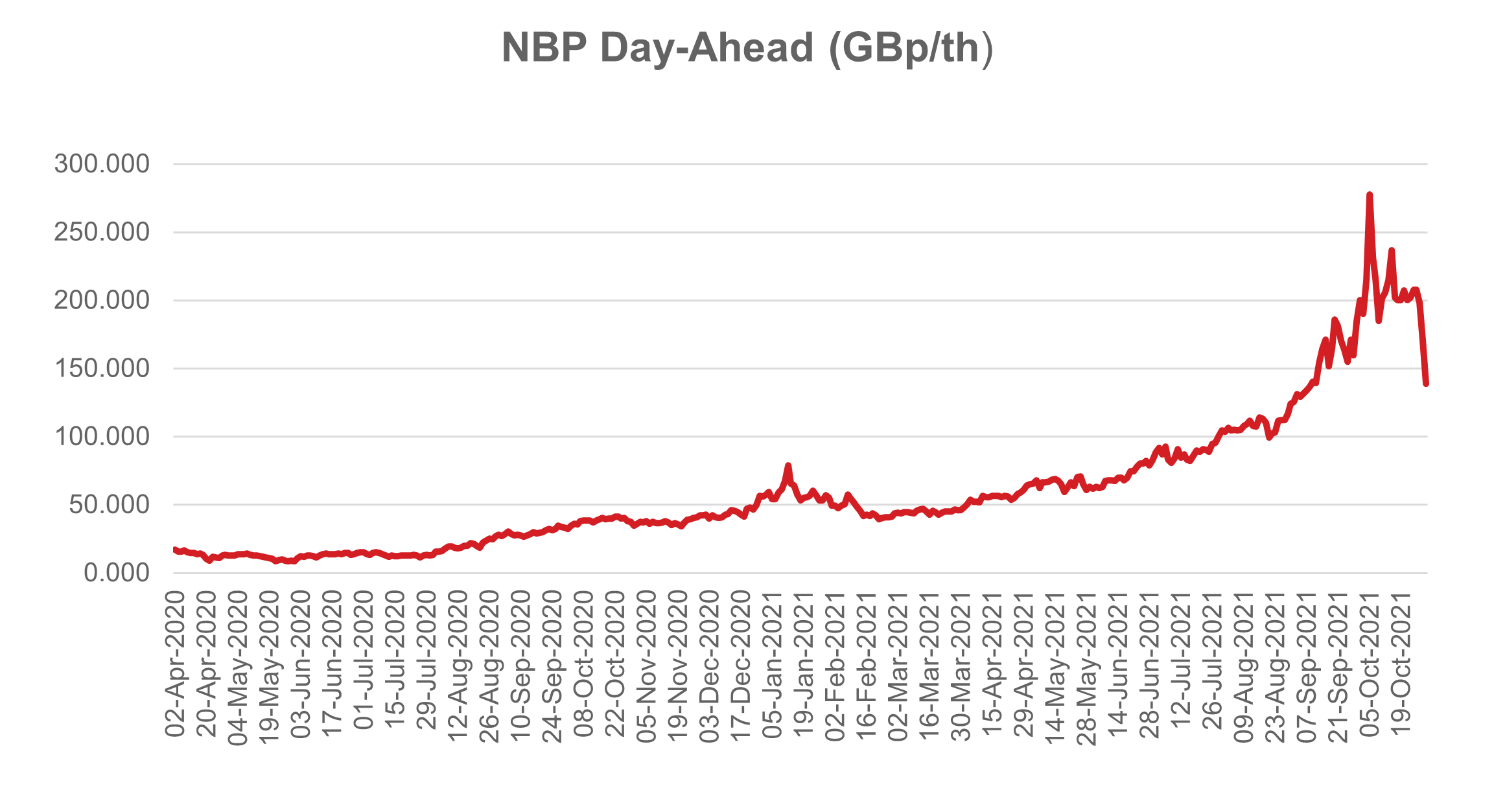 October did see the wind blowing

Specifically, the outturn in October arose for the following reasons: 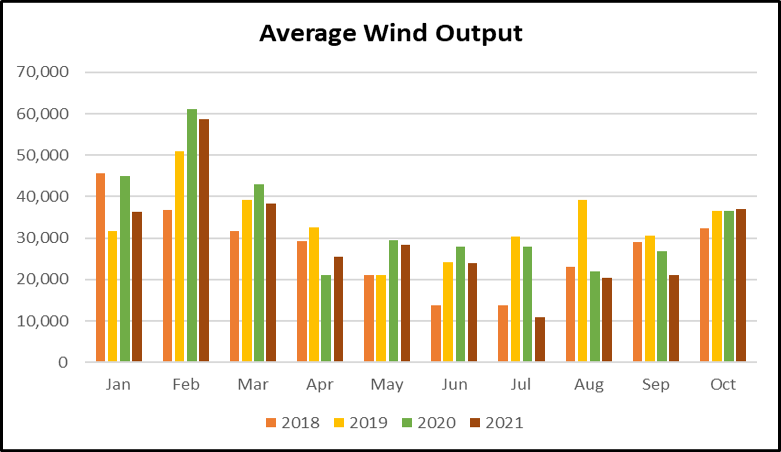 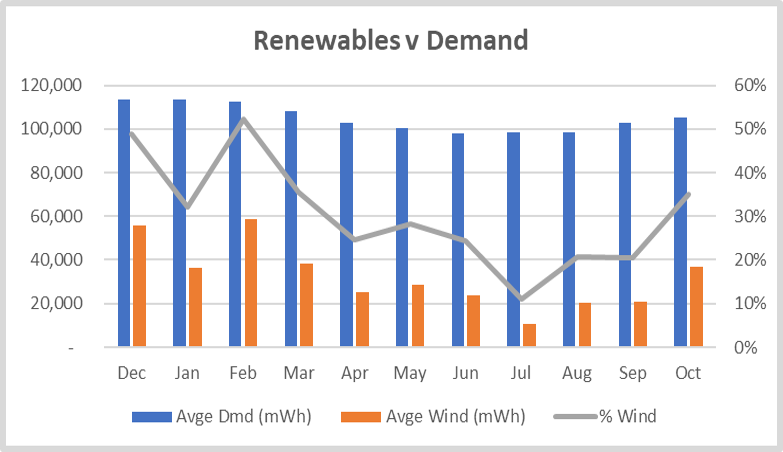 However, the outage picture improved in late October into November. 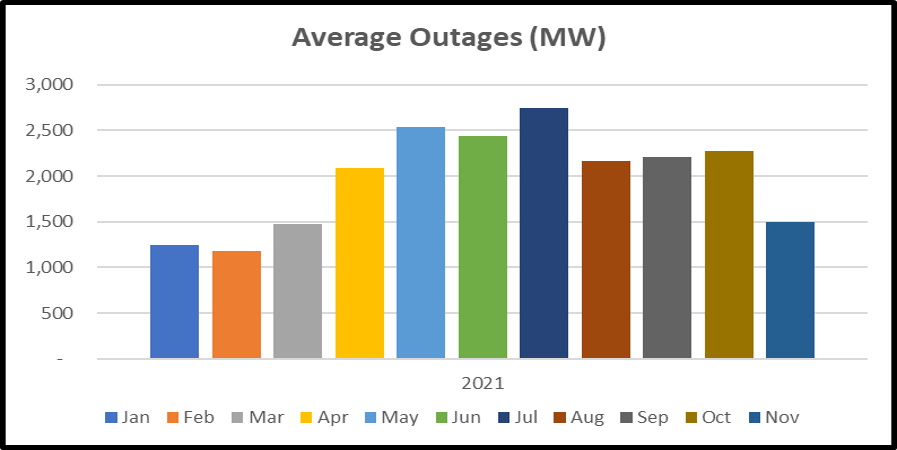 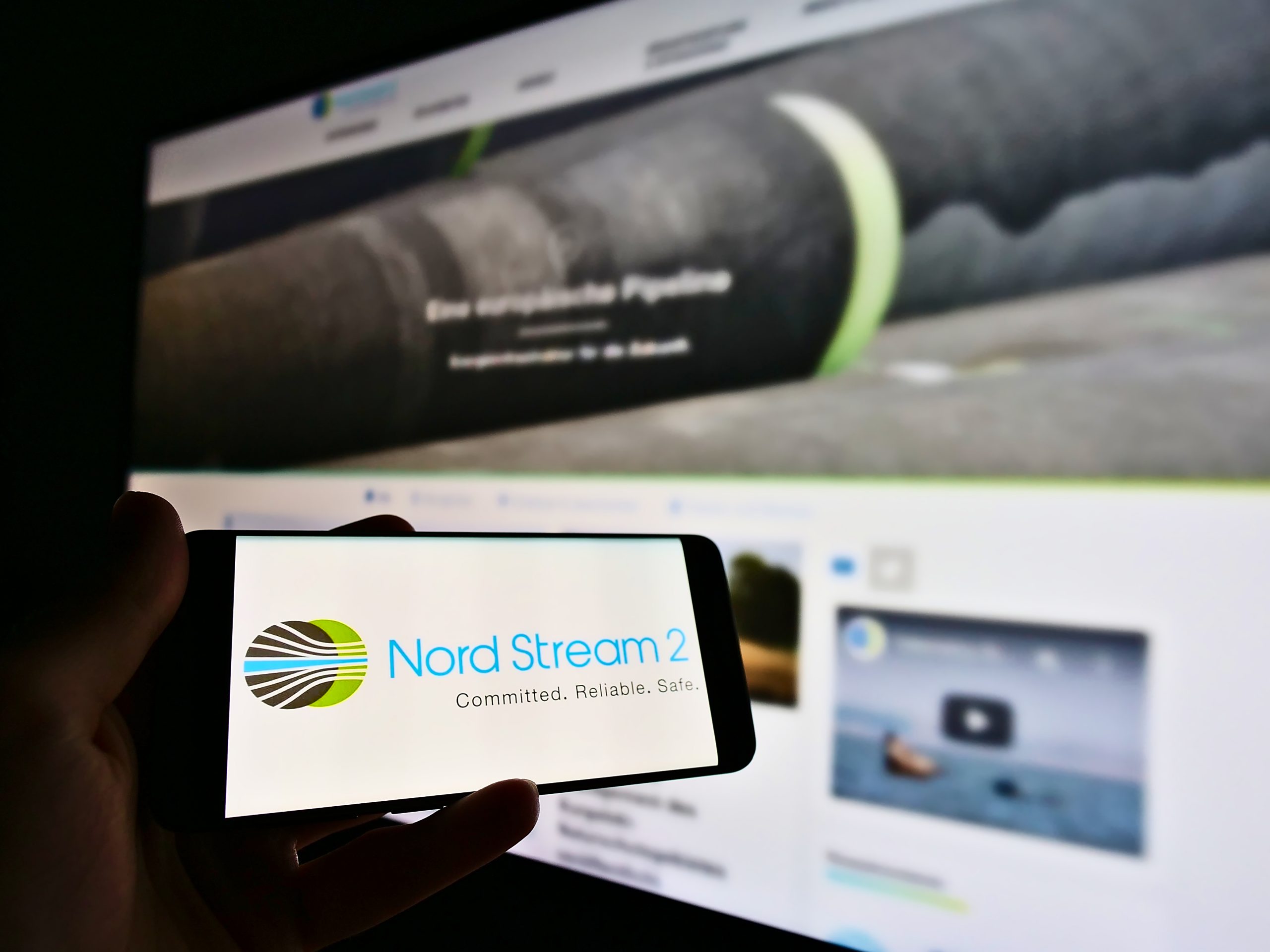 12 months forward prices continue to increase each month in 2021 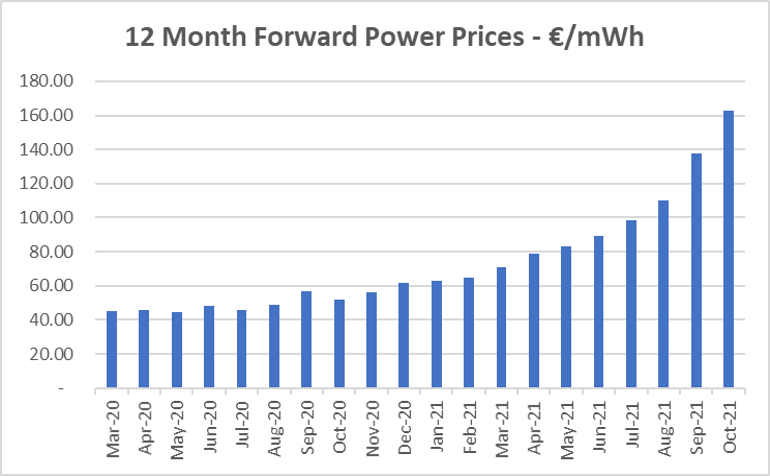 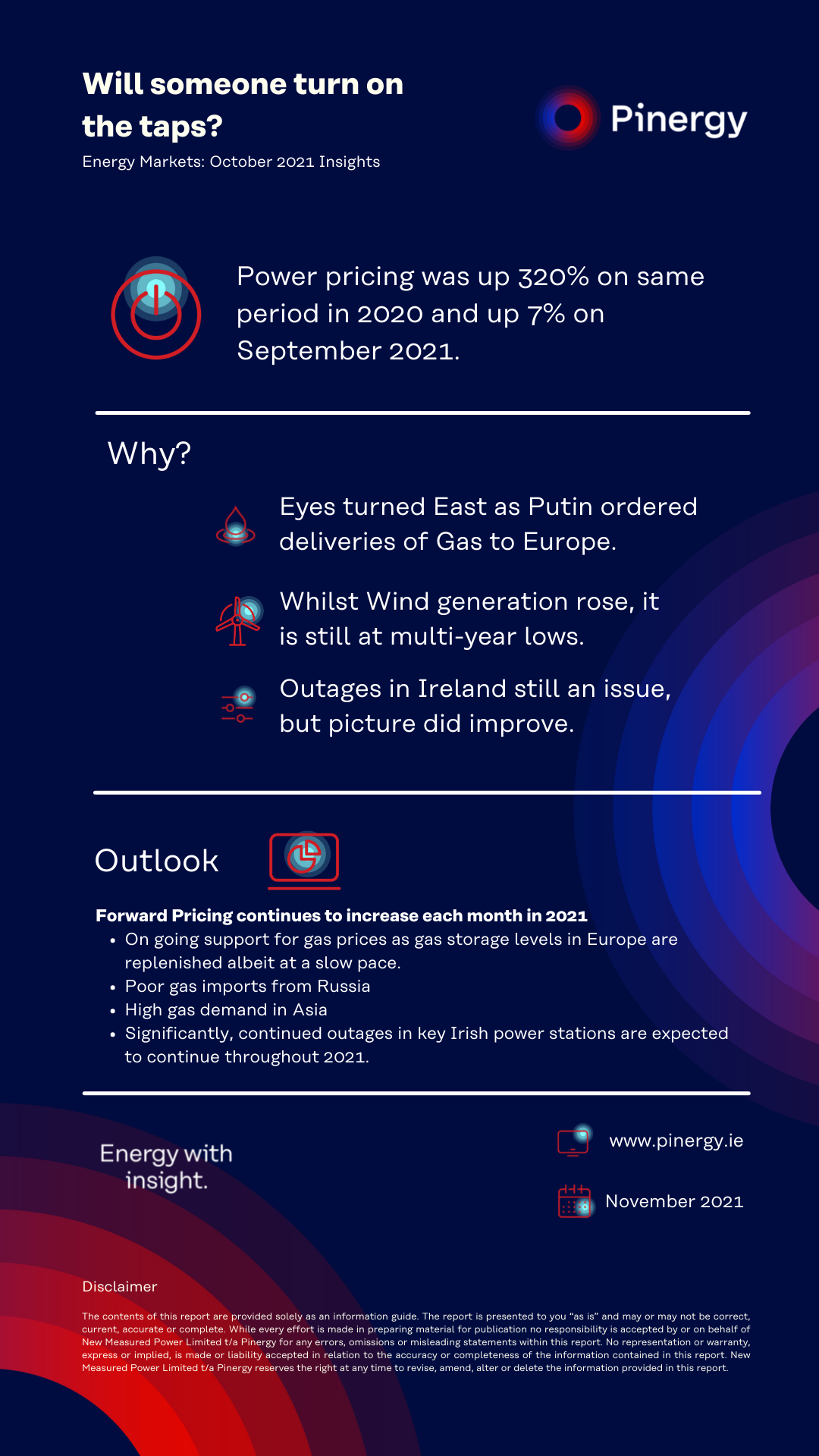