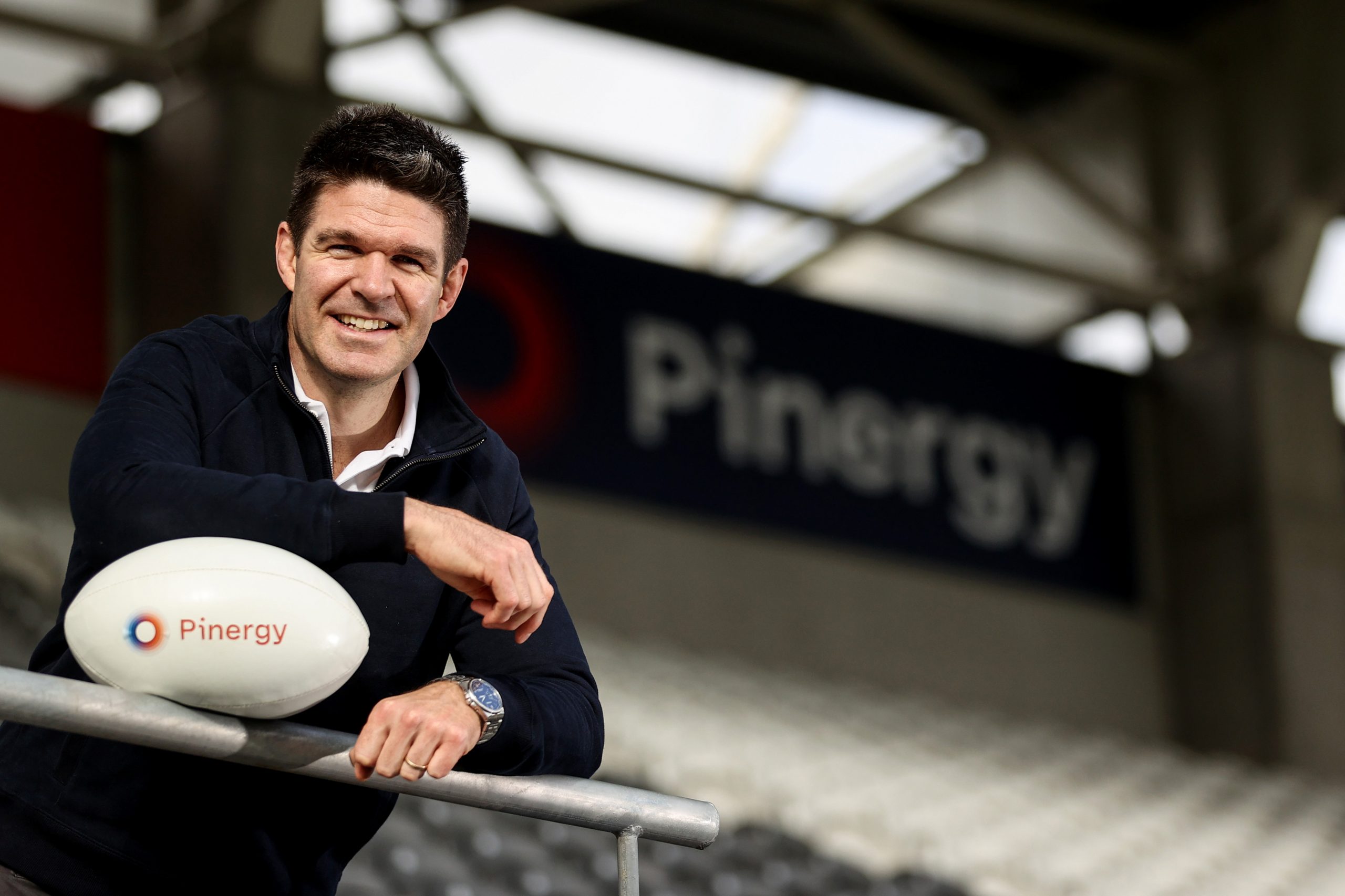 Pinergy was joined today by Munster Rugby legend Billy Holland and Cork GAA icon Diarmuid O’Sullivan as it was unveiled as the official presenting partner for Munster Rugby’s historic clash with the South Africa Select XV, which will take place at Páirc Uí Chaoimh, Cork on Thursday, November 10th 2022.

The announcement comes just weeks after Pinergy launched the second year of their sponsorship of the Pinergy Munster Schools Senior Cup competition, which sees Pinergy proud to be powering the development and sustainability of the game for young players throughout the region. Today’s news is a further commitment of support for the province, as they prepare to host the first ever professional rugby game at the renowned GAA grounds in Cork. Pinergy is set to mark the momentous occasion over the coming week with activations developed to inspire the Munster faithful to get behind their team and power the difference for the province.

The upcoming clash will see Munster Rugby bid to overcome a South Africa touring side for the first time – having most recently delivered inspirational wins over Australia (2010) and the Maori All Blacks (2016), which have gone down in the province’s history. This will the first time in the professional era that Munster Rugby face a South African touring side with the last encounter taking place in 1970.

The fixture has added intrigue given Munster Rugby’s long combined history with South Africa, with a host of players – including CJ Stander, BJ Botha, Damian de Allende, Shaun Payne and Jean De Villiers – having donned the red of Munster in times gone by in addition to current squad members RG Snyman, Jean Kleyn and Keynan Knox. The game will be played in front of a sell-out crowd at Páirc Uí Chaoimh as the two sides go head-to-head on November 10th, and Pinergy will be behind the home province every step of the way, #PoweringTheDifference to get Munster across the line.

Speaking about the news, CEO of Pinergy, Enda Gunnell said: “We have been proud supporters of Munster Rugby for some time now, in addition to our partnership of the Pinergy Munster Schools Senior Cup competition, and our focus on delivering sustainable initiatives with Munster’s rugby stadia with the supply & measurement of 100% renewable energy across the stadia, LED retrofits and a significant solar PV project for Musgrave Park. We are thrilled to be unveiled as the presenting partner for what is set to be a truly historic and unforgettable clash with this touring South Africa side, and we are extremely proud to be supporting Munster Rugby in their bid to add yet another famous victory to the history books.”

Also speaking at the announcement, Head of Commercial and Marketing at Munster Rugby, Dave Kavanagh stated: “We are delighted to welcome our long-time supporters, Pinergy, on board as the presenting partner for what is set to be a truly memorable occasion for Munster on November 10th. We are excited to welcome South Africa back to Munster for the first time in more than 50 years, and look forward to continuing our proud tradition of hosting major touring sides in the province. This game will be played in front of a sell-out crowd and we’ve no doubt that the Munster faithful will be in full voice on the night!”

Pinergy is #PoweringTheDifference as Official Energy partner of Munster Rugby supporting them on their journey to a more sustainable future. Pinergy are the sponsors of the Munster Schools Senior Cup, supplying 100% renewable energy to Munster’s Thomond Park & Musgrave Park and helping them to optimise consumption through smart measurement of their electricity and LED lighting retrofits.  They also started a new 10-year partnership with the province in 2021 with plans to install a significant Solar PV project at Cork’s Musgrave Park to support Munster Rugby’s objective to become one of the most sustainable brands in world rugby.