​PINERGY, the energy innovators, today announced the extension of its partnership with Munster Rugby. PINERGY will continue to support Munster Rugby as official energy partner until the end of the 2021 season
Pinergy 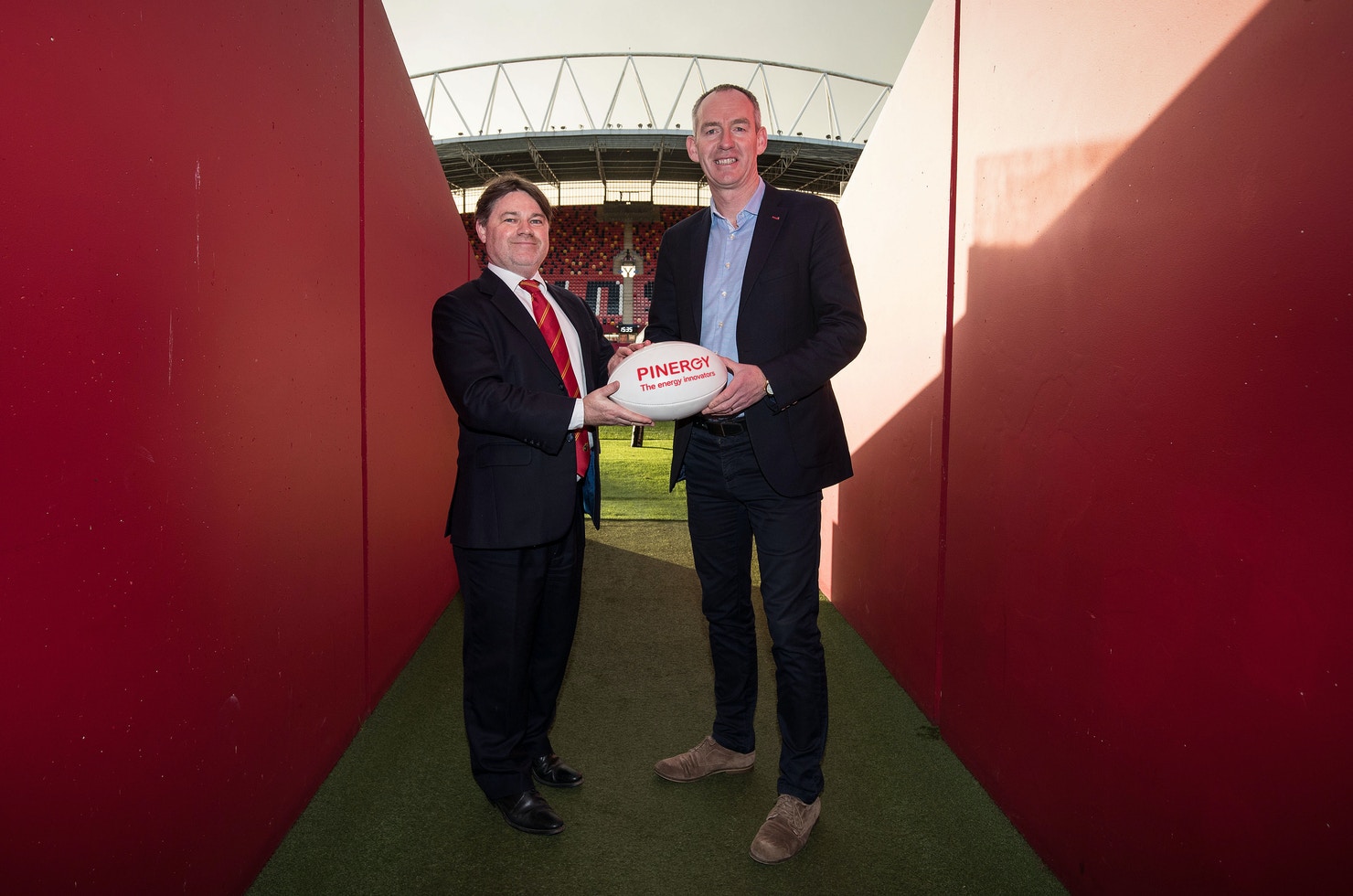 PINERGY, the energy innovators, today announced the extension of its partnership with Munster Rugby. PINERGY will continue to support Munster Rugby as official energy partner until the end of the 2021 season. This agreement between PINERGY and Munster Rugby sees the partnership enter its sixth season.

PINERGY will continue to activate its sponsorship through the innovative #WeAre16 campaign for a third season, recognising the unique energy, determination and passion of the Munster Rugby fans.

A number of new initiatives to enhance the fan experience will be unveiled this season as part of PINERGY’S commitment to the Munster Rugby fans, including rolling out unique #WeAre16 heated zones in Thomond Park where fans can build their energy before kick-off, at half-time and after the final whistle to enhance the experience for Munster Rugby fans. Electric vehicle charging points will be installed at Thomond Park.

Throughout this season PINERGY will be activating the new ‘Family of Fans’ competition on Facebook https://www.facebook.com/PinergyIRL/ recognising the energy of Munster’s fan families. A Munster family will win four match day tickets, free electricity for a year & other prizes for key matches during the season. PINERGY is also a proud supporter of the Munster Rugby Supporters Club Choir, the first provincial rugby choir of its kind that uniquely energises the fans before big games. 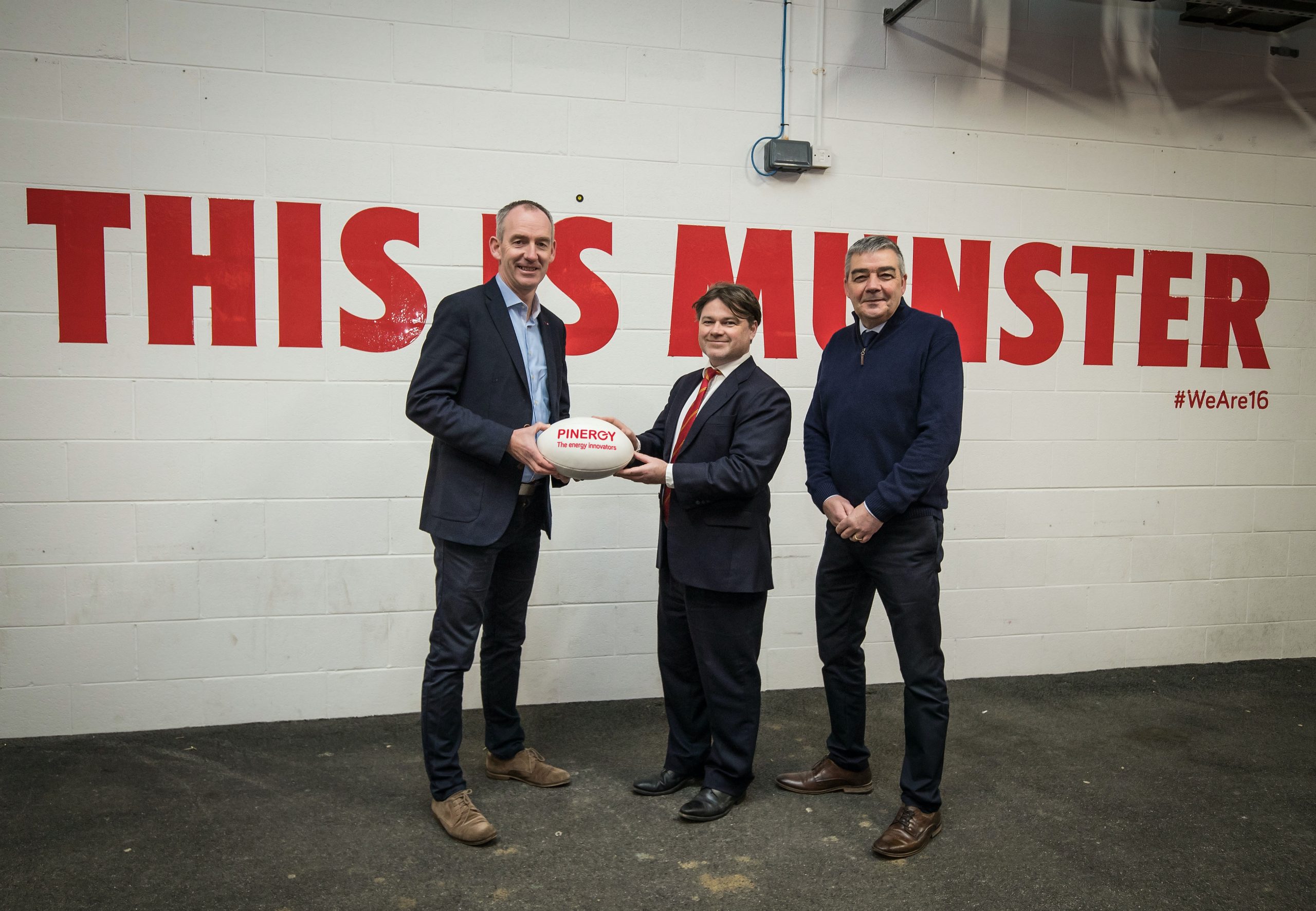 PINERGY is now also the official energy insights partner to Munster Rugby. The PINERGY POWER PLAYER will be again be awarded at the end of every Munster game based on the analytics from that game and will be revealed across the PINERGY social channels.

As part of the partnership, Munster Rugby will be accessing PINERGY’s Smart Business platform to better manage, monitor and reduce its energy consumption through energy data insights. PINERGY will continue to supply both Thomond Park and Irish Independent Park with 100% renewable energy for the duration of this agreement.

Enda Gunnell, Chief Executive Officer for PINERGY said: “PINERGY has been a proud partner of Munster Rugby since 2014. Today we’re delighted to announce a two-year extension to our partnership. In addition to providing Thomond Park and Irish Independent Park with 100% green energy, we’re going to help Munster Rugby better manage, monitor and reduce their energy consumption through our Smart Business platform. We’re also introducing new initiatives for fans including the #WeAre16 Zones to keep the Munster faithful warm & energised throughout the season, and charge points for electric vehicles at Thomond Park to emphasise the Stadium’s green credentials.”

Ian Flanagan, Chief Executive Officer, Munster Rugby commented: “PINERGY has been a valued partner of Munster Rugby for a number of seasons so I’m proud to announce that our official energy partnership with PINERGY has been extended to the end of 2020/2021 season, as one of my first announcements as Munster Rugby CEO. We welcome the smarter energy solutions PINERGY has brought to Thomond Park and Irish Independent Park and we look forward to working with them this coming season to explore better ways to manage our energy off the pitch. PINERGY’S #WeAre16 campaign has resonated strongly with our fans and we’re confident the innovations they are introducing this season will prove popular.” 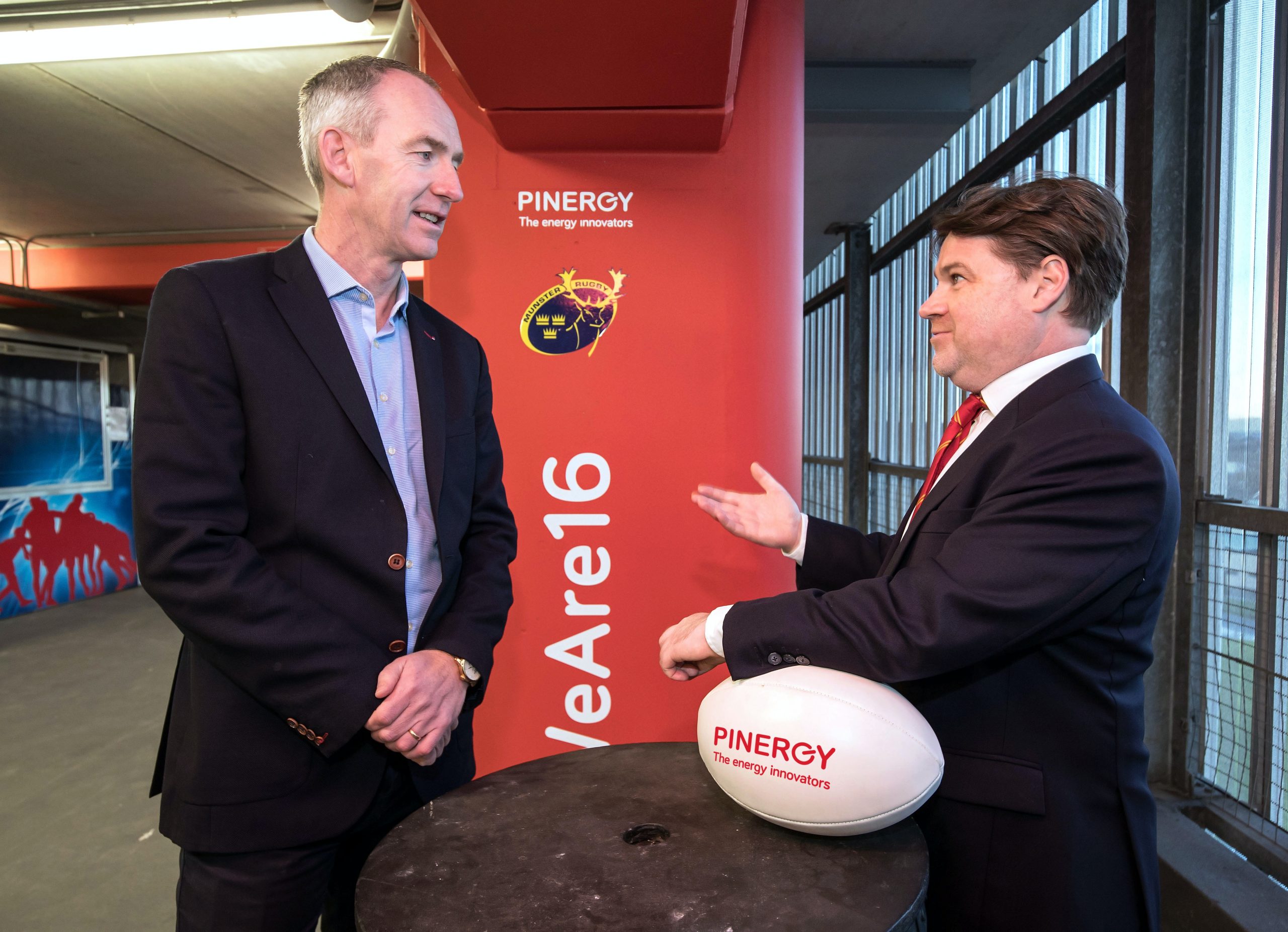