I hadn’t done an Olympic distance race in as many as 3 years so the hurt I had ahead of me was going to be very very real.
Pinergy 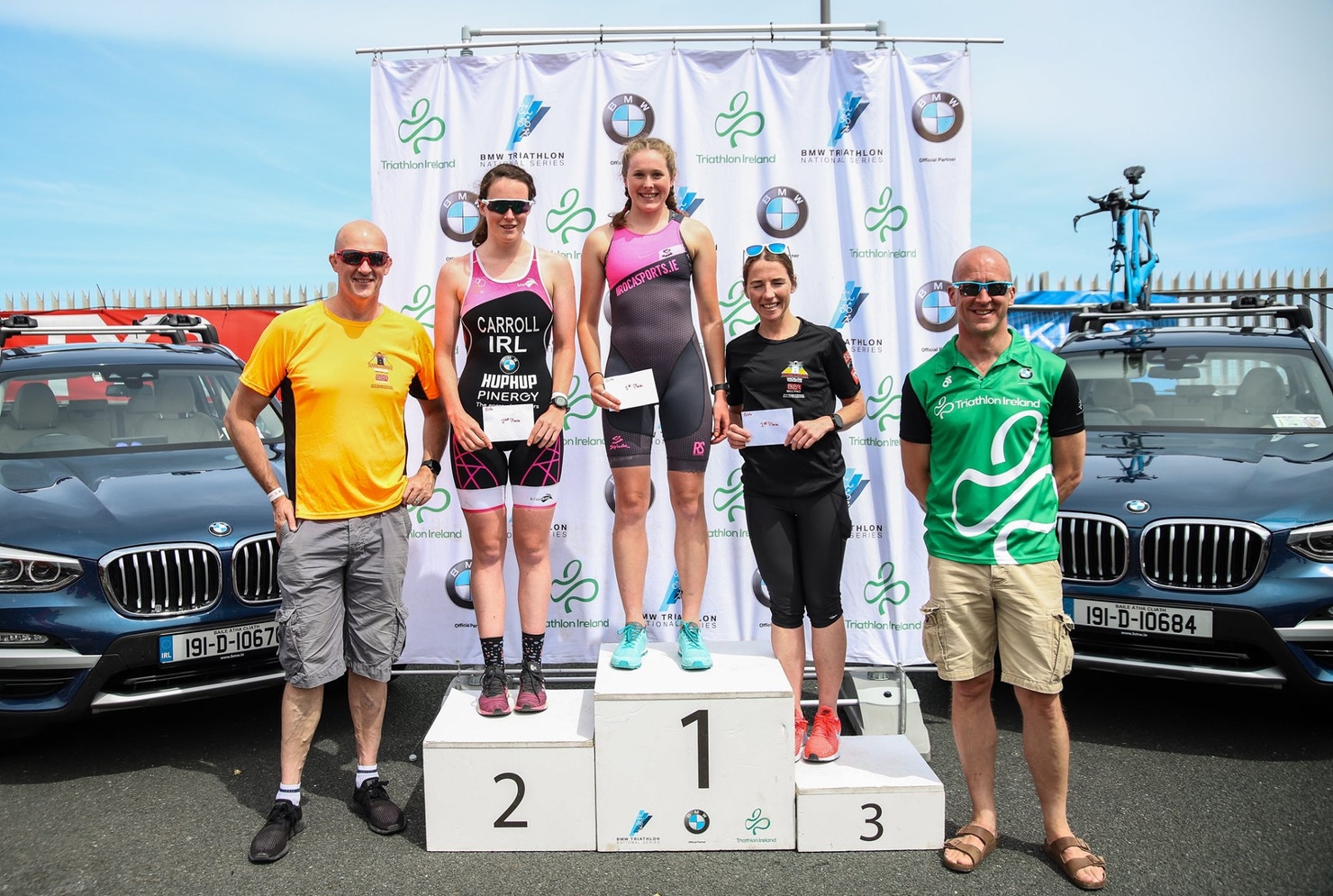 This year’s Triathlon Ireland Olympic distance NON-drafting championships were held this Sunday past, in Wicklow town. A ‘home’ race which had a lot of excitement and buzz bopping around the place. I hadn’t done an Olympic distance race in as many as 3 years so the hurt I had ahead of me was going to be very very real.

There was a strong male and female start list and a lot of my own HupHup team mates were all lining up to test themselves. It was going to be very exciting from start to finish. Non drafting triathlon usually sees the strong bikers come to the fore as they usually ride the standard Time Trial bike, which gives a huge advantage in these non-drafting races vs the road bike, that we would use for draft legal racing. My team mates and I, were all lining up on road bikes, and so we all needed to play to our strengths as good swimmers to really get a gap from the off and try hold our own on the bikes.

The buzzer went, and we were off. It was a rolling start which I have never done before – but was a big fan of, as it really took the hustle and bustle out of the manic open water starts. All men and women went off together and so it played into the hands of the stronger female swimmers to have male feet to follow if you could find them and stick there. I struck gold with a solid pair of male feet from the off. I found my groove and felt like I was cruising around the swim course. I felt so in control that I wasn’t sure if I was actually chilling too much or not. Around the second last buoy, I came around the man that I was swimming with to see if swimming by myself would move me along further or if the reason I felt so chilled, was because I had the perfect draft. I came around him, tried to push it on, and ended up having him sit on my feet briefly. We then turned the last corner to head into the final stretch, and we were swimming on hips which has a tendency to slow you down. I put in another effort, got away from his hip, he slipped in behind and I led us to the finish of the swim. I was very surprised to see only 3 men exit the swim before me but when I had this clarified on the run out of the swim, I knew I had put in a good stint.

The run to T1 was LONG. Very long. I managed myself as best I could here – not burning any matches but keeping the pressure on to make my way towards T1 to get my bike.

I had been given advice from my coach before the race to ‘MANAGE YOURSELF’. As I had missed 8 weeks of training earlier this year with injury, my run fitness has suffered and it is not 100% there yet. In order to run the run as best I can, I needed to manage myself well on the bike to give myself every opportunity to run well. The run was going to hurt me regardless. It was not a matter of ‘if’ I will suffer, it was a case of ‘when’ will it kick in!! That’s not a negative outlook by any stretch of the imagination – it was purely based on facts and training numbers to date. I was prepared for it.

On the bike course, I tackled it, with a controlled mindset. I never felt like I was under massive pressure on the bike. I felt very controlled in all aspects. My numbers were low on the bike but I knew that a lower avg power at the end of the bike leg, might give me a little more when it came to the latter parts of the run. I didn’t put in too bad a bike split considering my conservative effort and road bike set up so I was happy enough with that.

I approached T2 and passed my coach on the road. He shouted something at me but I have no idea what he said as the wind was blowing a gale as we edged closer to the harbour. I entered in to T2 with about a minute gap to the next girl. Up next was a case of the unknown! I had ran ok in the previous two sprint distance races I had done, but this was double the distance so time would tell how the legs would hold up.

I went out very controlled. I was told to work the downhills and use them to my advantage. I had encountered a sore leg issue in the 10 days leading into the race and the downhills were quite uncomfortable. I couldn’t fully let my legs go so I was breaking with each stride.

I had one of my team mates and best friends chasing me down on the run. I train with Orla day in and day out and I knew how well she was running. I knew I would need a gap to hold her off but I didn’t know when I would really start to lack strength so the gap required was unknown.

We did the out and back section, and made our way to the 2 loop section of the course. I could see Orla, and I counted the gap with each turn around. The gap was closing and fast. At around 7.5km I really started to feel like ‘Oh…where did my legs go?!!!” We got to 8.5km or so and we had a set of steps to tackle…Orla was on my shoulder and she took about 4 steps in one stride to my 1 step per stride, to take the lead.

She had absolutely nailed it. At the top of the steps was a downhill section – Orla let her legs go freely and I could really feel my leg not liking the downhill very much. We had a little over 1km to go and it was game over. I passed my 2 coaches with about 400/500m to go and they were egging me on to give one last effort. I tried my hardest, gave everything I had to the finish line. Crossed the line – and immediately seized up and struggled to walk!!! I fell straight into the arms of my bestie and fully deserving winner – we embraced and held each other up for a short time!! 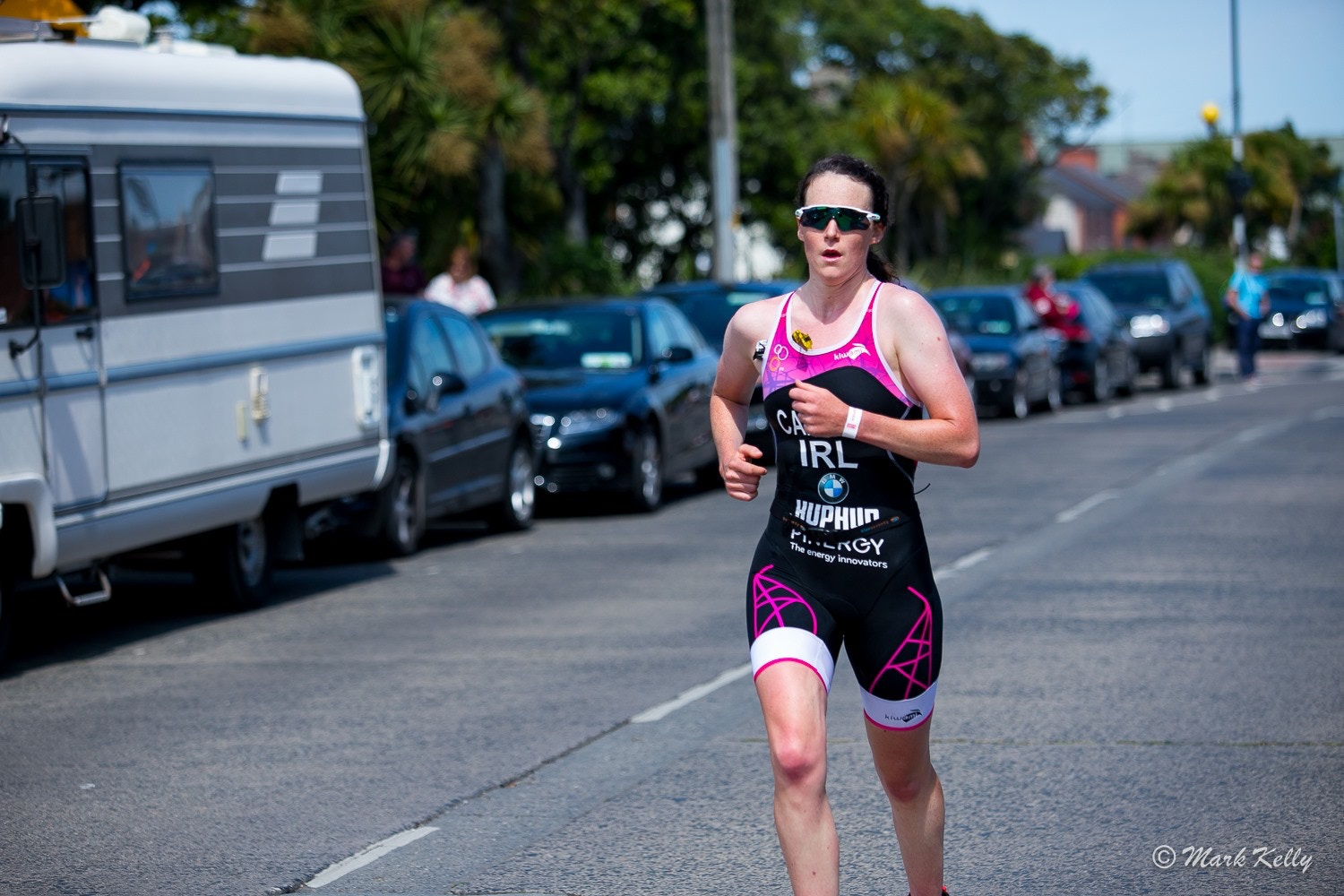 That was it – it was over. 2nd place in this year’s national champs. Of course, I am slightly disappointed that I couldn’t hold on – but to have been beaten by a friend, a team mate, and an all round legend – I couldn’t have been happier for Orla. What was even more pleasing was that my team mates filled the top 4 places in the women’s race! What a day! The men’s title was also wrapped up by my HupHup team mate with a commanding win from start to finish. What a day!

My family and dog had made the journey from Tipperary to come watch. We have a little jack Russell cross dog called Milli who is very low to the ground in nature. My legs had seized up so badly that I couldn’t actually bend down far enough to cuddle her. She had to be picked up and brought to my level for that to happen! It was a tough aftermath!!!!

All in all, a great race and return to top level domestic racing. My body isn’t fully fit and its not 100% in shape just yet – so it is very motivating to see what I can do at the moment, with the start to the year I had. I am very excited for what the rest of the season has in store.

Next up for me is a French Grand Prix race at the end of this month, July 28th. I am very excited about this, as it is a draft legal race – so it is back to the format of racing I prefer! For now, my leg needs a bit of TLC – my body needs a little bit of rest from yesterday’s adventures and then its time to build towards the FGP. Check back at the end of the month for updates on my French adventures. 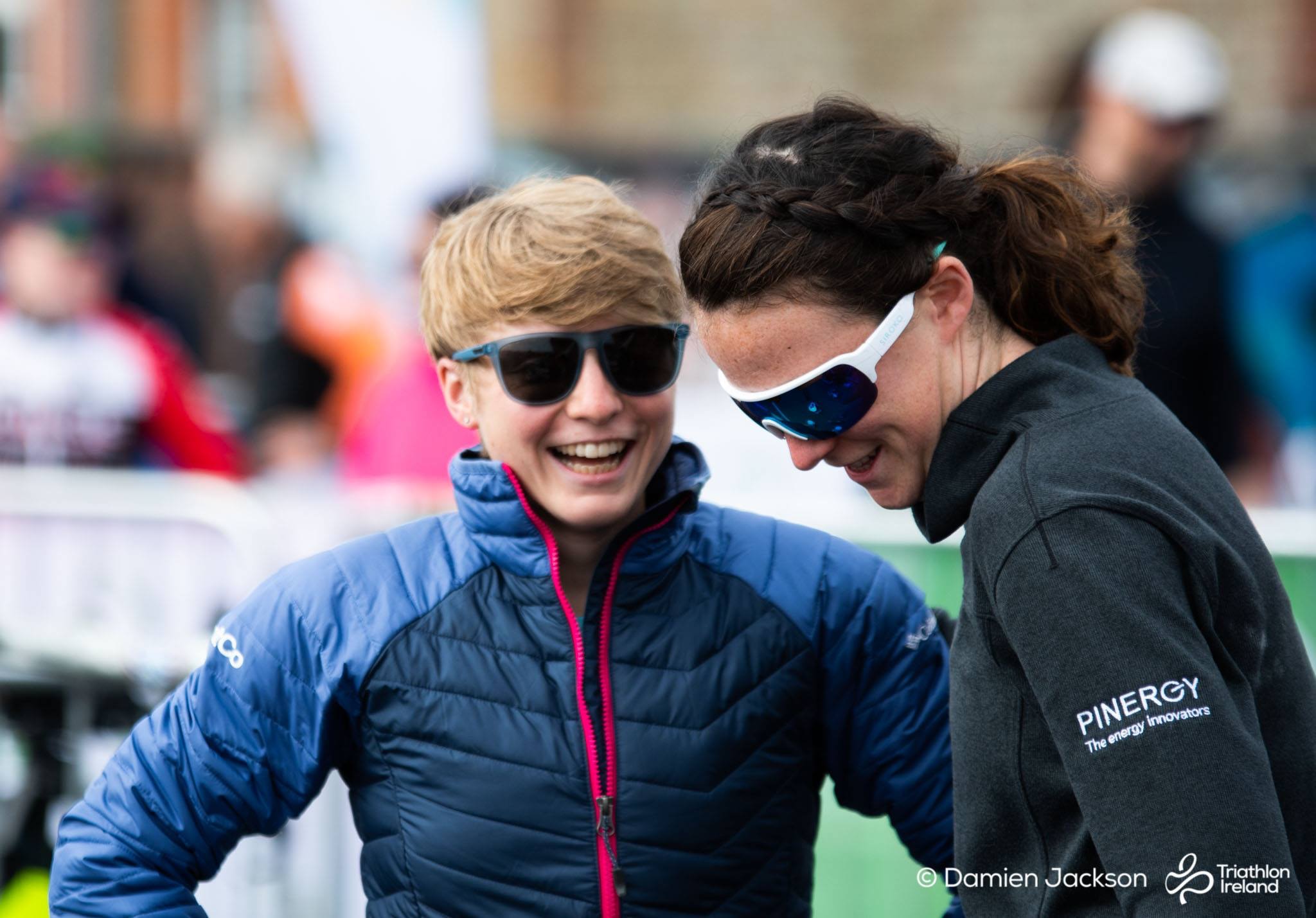