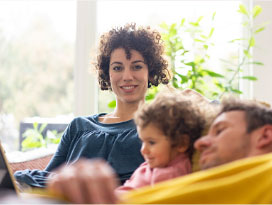 Background
Carysfort Capital in an Irish owned and Irish managed investment management platform. It was founded back in 2014 by Michael Looney. Carysfort has been active in buying both direct real estate assets and asset backed loans. Carysfort Capital’s key principle “do what you say you’re going to do” falls in line with how we go about our business at Pinergy.

Pinergy & Carysfort Capital
Over 300 of Carysfort Capital’s units are registered with Pinergy smart meters in sites such as St. Edmunds in Lucan and Castleforbes Square in Dublin 1. There are an additional 250 units in the pipeline for 2020. Pinergy were able to offer Carysfort 100 % renewable green energy along with our smart meter technology (which is inclusive in our price of electricity).

New Builds:
Pinergy were the first supplier for some of Carysfort’s portfolio which consisted of new build 3- and 4-bedroom houses in the greater Dublin area. Key assets manager ‘Peter Mc Cague’ was looking for energy saving smart technology to help reduce overall consumption on these sites.

Visibility
Peter was given access to a landlord portal to provide daily meter readings, so they have total visibility of their tenant’s usage.

Tenants are in Control
Pinergy also provided a smart meter in each unit so the young professional tenants can monitor their usage through the ‘In Home Display’ and manage their account through the Pinergy app. Each of their tenants has total transparency over their usage and their usage is aligned with their bill at the end of each month. Peter noted how it’s great that their tenants are in “total control of their own usage”. This avoids any potential ‘bill shock’ of receiving estimated bills during the year.