​Pinergy, the smart energy company, has today announced that it is providing 100 per cent of its electricity from renewable energy sources including wind, solar and hydro power.
Pinergy 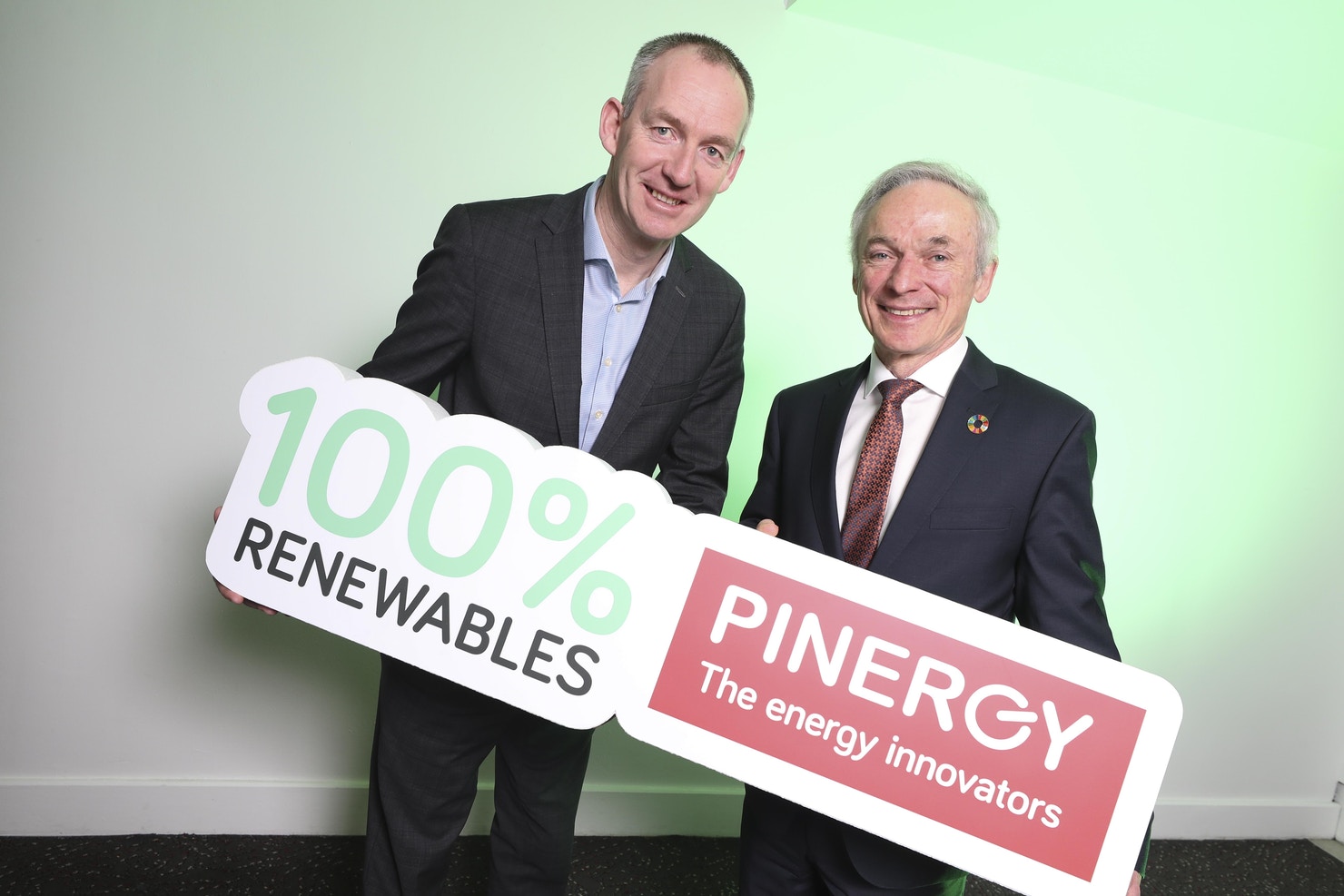 Pinergy, the smart energy company, has today announced that it is providing 100 per cent of its electricity from renewable energy solutions including wind, solar and hydropower and will continue to do so. This development positions Pinergy as Ireland’s first and only specialist smart energy provider to now fully supply all of its electricity to its customers from renewable sources.

The announcement was made at the first in a series of ‘Sustainable Dublin 2050’ events hosted by Dublin Chamber and co-sponsored by Pinergy, at which the Minister for Communications, Climate Action & Environment, Richard Bruton was the keynote speaker.

Speaking at the event, Minister Bruton said: “Decarbonising our electricity supply is a crucial part of reducing our overall emissions. We are stepping up our ambition on renewable energy – by 2030, I have committed to 70% of our electricity being generated from renewable sources. This will mean we get a much bigger climate impact by switching to electric vehicles and renewable heat systems, such as heat pumps. In that context, I very much welcome this latest move by Pinergy which illustrates the ambitious steps and type of leadership role that is required to meet our goals.”

This latest move by Pinergy marks another important step in helping to reduce Ireland’s carbon footprint and will contribute significantly in supporting Pinergy’s business and residential customers wanting to play their role in creating a sustainable energy future.

Enda Gunnell, CEO at Pinergy said: “Being able to provide 100 per cent of our energy from renewable sources has been a major goal and ambition for Pinergy over the past number of years. Not only is this an important innovation and ambition of Pinergy’s to deliver on but today’s announcement is also our response to the wishes of many of our customers who are looking to now have a zero carbon footprint for their electricity. By choosing Pinergy as their energy provider, customers can be reassured that they are also playing their role in creating a sustainable energy future.”

Ireland has committed to a target of 16 per cent of total energy from renewable sources by 2020 but is facing the prospect of millions of euros in fines if these targets are not met. The latest Renewable Energy in Ireland report published by the Sustainable Energy Authority of Ireland (SEAI) has found that just over 10 per cent of energy consumed in Ireland in 2017 came from renewables.

Pinergy’s smart energy technology, comprising of Smart Meters and the Pinergy Smart technologies supports domestic and business customers to more easily monitor and track their energy usage, getting instant real-time visibility on energy costs. Through more active engagement and efficient usage in their energy consumption, many of Pinergy’s customers have enjoyed energy savings of over 20 per cent from switching to its smart based technology.