Pinergy, the smart energy provider, has announced two key appointments as part of the company’s drive to grow its business in the Munster region. In two newly created positions David O’Connor and Patrick Coakley have been appointed as Corporate Sales Managers.
Pinergy 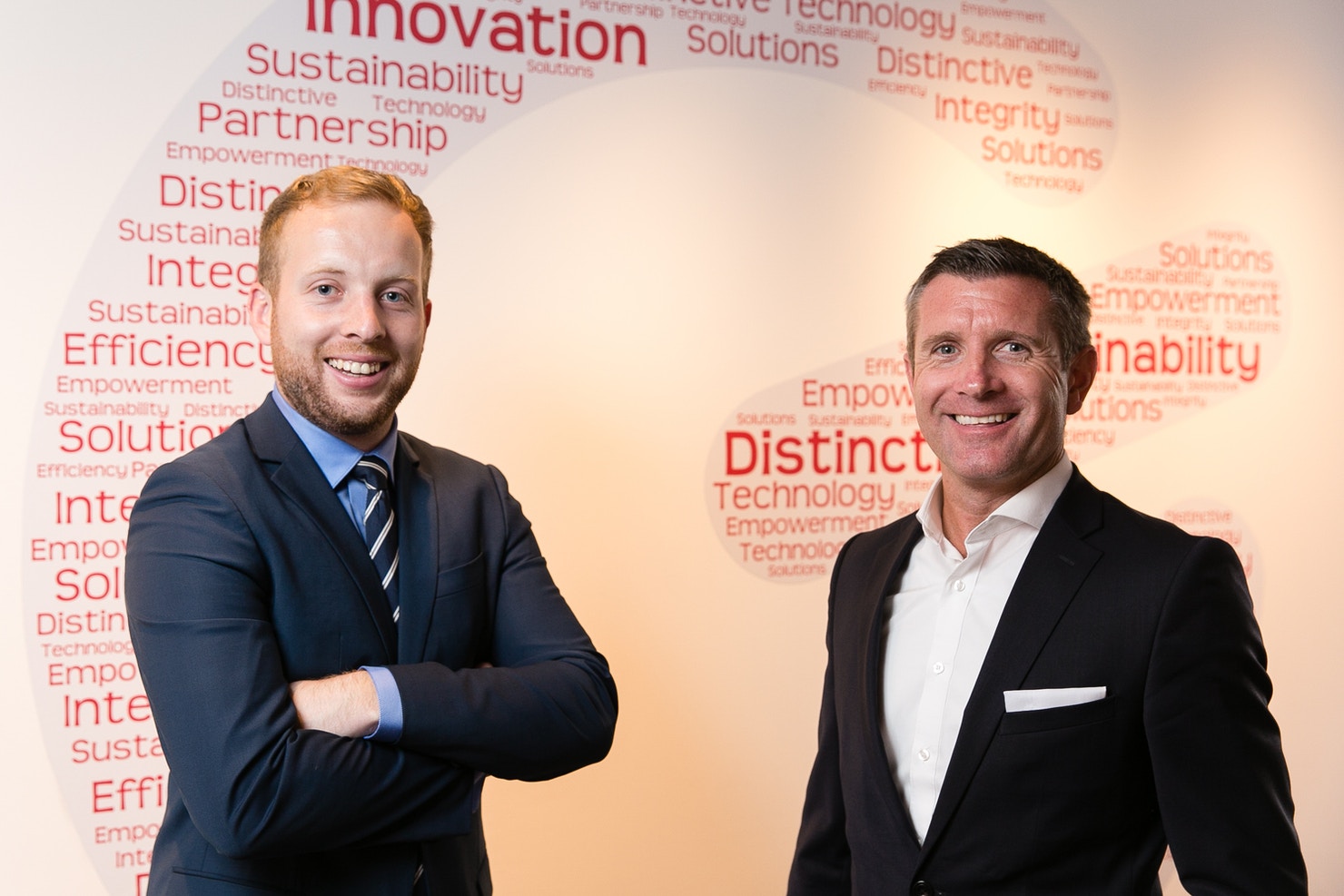 Pinergy, the smart energy provider, has announced two key appointments as part of the company’s drive to grow its business in the Munster region. In two newly created positions, David O’Connor and Patrick Coakley have been appointed as Corporate Sales Managers. Both positions will be based and operate out of Pinergy’s newly opened offices based in 24-25 South Mall district of Cork City.

As Corporate Sales Managers for Pinergy in Munster, both David O’Connor and Patrick Coakley will be responsible in advising local businesses and corporates in the region on Pinergy’s Smart Business solutions, designed to help them more effectively manage, monitor and take control of their energy requirements and costs. They will also advise Pinergy’s customers in relation to deploying other energy solutions such as LED Lighting, Wind and Solar generation.

David is a graduate of the Marketing Institute of Ireland. He previously worked as a corporate sales manager in Greenstar, the waste management and recycling service business. David is originally from Crosshaven in Cork.

Patrick is a Commerce graduate from UCC and holds a Masters in Marketing qualification from the UCD Michael Smurfit Graduate Business School. He previously held the position of Head of Project Acquisitions and Management at JOD Construction & Engineering. Patrick is originally from The Lough in Co. Cork.

Speaking in relation to the two new appointments, Peter Bastable, Chief Commercial Officer of Pinergy said, “We are delighted to announce these two important positions for the business which will see David and Patrick work closely with our colleague Liam Cronin in Pinergy’s Cork office, who continues to work with our property clients. Together, the newly enlarged team will be critical in growing our presence and customer base in Munster and Cork in particular in the months ahead. Pinergy has a very strong affiliation and commitment to Munster that is very much reflected in the strategic partnership that we have developed with Munster Rugby, a relationship that goes back to 2014 and today sees Pinergy as the official energy partner to Munster Rugby, powering both Irish Independent Park in Cork and Thomond Park in Limerick.”

Pinergy currently has over 35,000 customers and is forecasting further growth within the domestic and SME sectors over the coming months. The company currently employs close to 40 people.